After already showing that simple man-made materials can be employed as invisibility cloaks or used to facilitate wireless power transmission, Duke University engineers have now demonstrated that these same materials can also make objects invisible to sound waves.

The engineers designed, built and tested an acoustic cloak which could ultimately be used in a variety of ways, from making ships invisible to sonar to improving the acoustics of concert halls. 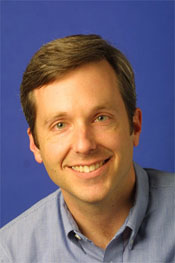 This advance is made possible by the recent ability to fabricate exotic composite materials known as meta-materials, which are not so much a single substance, but an entire man-made structure that can be engineered to exhibit properties not readily found in nature. In the case of the acoustic cloak, the researchers constructed a meta-material cloak from a series of plastic slats with holes in strategic locations.

The slats were arranged in such a fashion that sound waves were “directed” around the object being cloaked, rendering it “invisible.”

The results of the Duke research were published in the journal Physical Review Letters. The first author was Bogan-Ioan Popa, research scientist, working with senior researcher Steve Cummer, Jeffrey N. Vinik Associate Professor. Both scientists are in the Department of Electrical and Computer Engineering at Duke’s Pratt School of Engineering.

“The remarkably low complexity of the device made of perforated plastic plates shows that sound in air can be fully and effectively manipulated using realizable transformation acoustics devices,” Cummer said.

Cummer first described the theory of acoustic cloaking in a 2008 article in Physical Review Letters, which demonstrated acoustic invisibility in a shallow layer of water at ultrasound frequencies above that detectable by the human ear. The new paper demonstrates that the same acoustic cloaking principles can be accomplished in air.

The metamaterial appears like a miniature set of Venetian blinds with each slat having strategically placed holes. The construct was placed over a small block or wood – when sound waves were directed at the wood, they were reflected away as if the cloaked wood was not there.