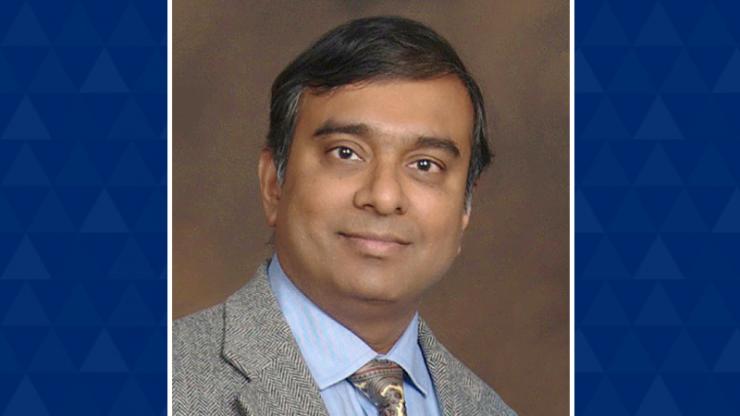 Krishnendu Chakrabarty, the new chair of the Department of Electrical and Computer Engineering

Krishnendu Chakrabarty has been named chair of the Department of Electrical and Computer Engineering (ECE) at Duke University, effective September 1, 2017.

“We are fortunate to have a scholar and leader of Krish’s caliber to lead Duke ECE,” said Ravi V. Bellamkonda, Vinik Dean of the Pratt School of Engineering, in announcing the appointment. “We have an extraordinarily strong department with significant strengths in areas such as metamaterials, imaging, quantum computing, data sciences and computer engineering, as well as tremendous opportunities for growth and investment over the next few years. I am confident that under Krish’s leadership, we will strengthen the ECE community and significantly enhance our external visibility to continue Duke ECE’s upward march.”

“I’m honored to serve the department and excited to realize my vision of ECE—shared by the Pratt leadership and my faculty and staff colleagues—as a ‘renaissance’ department that is unencumbered of traditional discipline boundaries and narrow definitions of research areas,” said Chakrabarty, who joined Duke ECE in 1998.

Among Chakrabarty’s chief priorities as chair will be to showcase and expand the department’s strengths in crosscutting research areas with high impact such as big data, robotics, security and beyond, as well as to strengthen research and educational partnerships between ECE and Duke’s computer science department to make computing “center stage” across Duke.

“Duke ECE is in some ways a hidden gem, but this is really a place where all the action is,” Chakrabarty said. “I will make it a top priority to expand our visibility nationally and internationally and raise awareness of the department’s established record of excellence, enviable record of recent accomplishments, and drive and hunger to continue on this trajectory.”

With 32 tenure-track faculty and more than 260 graduate and 230 undergraduate students, the department is home to major externally funded research centers in quantum computing, acoustic and optical metamaterials, and environmental sensing. Ranked among the top 30 electrical and computer engineering programs by U.S.News & World Report, Duke ECE is currently among the top 10 departments in the nation for faculty scholarly productivity in electrical engineering and tied for #1 in the nation for computer engineering, according to Academic Analytics benchmarking data.

“We’re fortunate to have outstanding students and faculty, and will continue to focus on recruiting the best and brightest talent,” said Chakrabarty. In particular, he said, the department will work to diversify its course offerings and enrich undergraduate and graduate curriculum to prepare students for future trends in the marketplace, and strengthen its commitment to diversity in faculty and student recruitment.

“Krish is highly respected as an outstanding scholar and colleague,” said George Truskey, senior associate dean for research in the Pratt School of Engineering. “He has an excellent foundation upon which to further strengthen the research and educational missions of the ECE department.”

Chakrabarty has also served as director of graduate studies for Duke ECE, and has personally mentored nearly 30 doctoral students. He is a recipient of Duke University's 2008 Dean's Award for Excellence in Mentoring, and the 2010 Capers and Marion McDonald Award for Excellence in Mentoring and Advising from the Pratt School of Engineering, Duke University.