Chakrabarty Named Fellow of the AAAS 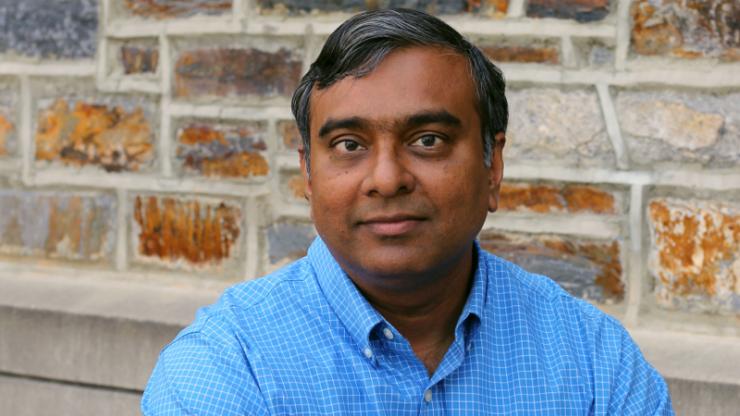 Krishnendu Chakrabarty, the William H. Younger Professor of Engineering and chair of the Department of Electrical and Computer Engineering at Duke University, has been elected a Fellow of the American Association for the Advancement of Science (AAAS). Chakrabarty was cited for his “distinguished contributions to the design of microfluidic biochips and design-for-test of system-on-chip integrated circuits, and for extraordinary technical leadership and mentoring of graduate students.”

The first part of the citation refers to Chakrabarty’s work with system-on-a-chip and lab-on-a-chip technologies. Chakrabarty developed the first optimization methods to manipulate nanoliter droplets in a microchip setting and developed automated testing and diagnostic techniques for valve-based biochips. His microfluidics work was licensed by spinoff company Advanced Liquid Logic, launched by Duke colleague Richard Fair and students, which was acquired by Illumina in 2013.

The second part of the citation reflects Chakrabarty’s efforts to advance today’s computers in the post-Moore’s law era. His work focuses on the design of “vertically integrated” 3-D microchip processors that can test themselves for errors—or even predict future problems using machine learning.

As for the technical leadership and mentoring of graduate students, Chakrabarty has formerly served as director of graduate studies for Duke ECE, and has personally mentored over 30 doctoral students. He is a recipient of Duke University's 2008 Dean's Award for Excellence in Mentoring, and the 2010 Capers and Marion McDonald Award for Excellence in Mentoring and Advising from the Pratt School of Engineering, Duke University.

Chakrabarty has also recently received the 2017 IEEE Circuits and Systems Society Technical Achievement Award as well as the 2015 IEEE Computer Society Technical Achievement Award, making him one of only two researchers worldwide to have received both IEEE societies’ top honors. He was also named a fellow of the Association for Computing Machinery (ACM) in 2013 and a fellow of the Institute of Electrical and Electronic Engineers (IEEE) in 2008,  and received a Humboldt Research Award in 2013. He received the Semiconductor Research Corporation Technical Excellence Award in 2018.

Chakrabarty joins 415 others elevated to the status of Fellow of the AAAS this year, chosen by their peers for their efforts toward advancing science applications that are deemed scientifically or socially distinguished. New Fellows will be presented with an official certificate and a gold and blue (representing science and engineering, respectively) rosette pin on Saturday, 16 February, at the AAAS Fellows Forum during the 2019 AAAS Annual Meeting in Washington, D.C.