An international leader in quantum computing, architect of the U.S. National Quantum Initiative, and member of the National Academy of Sciences, Chris Monroe will join longtime long-distance collaborators at Duke to build practical quantum computers for use in fields from finance to pharmaceuticals 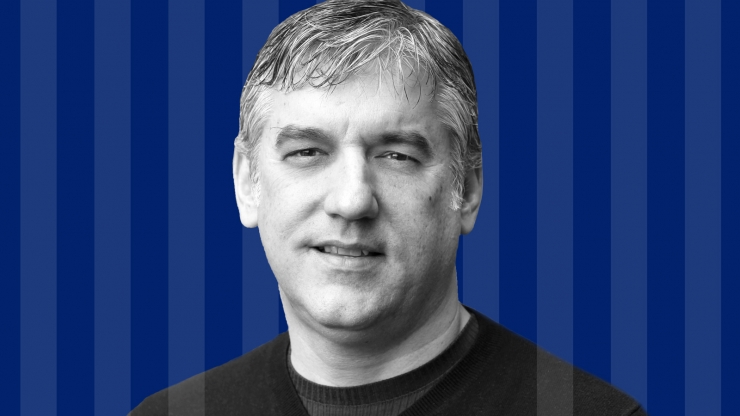 Chris Monroe, one of the world’s leading experts in trapping atoms and manipulating their quantum state for applications in quantum information science, has joined the faculty at Duke University. With a dual appointment in the Department of Electrical and Computer Engineering and the Department of Physics, Monroe joins longtime collaborators Jungsang Kim and Kenneth Brown on a formidable—and fast-growing—team focused on the outrageously ambitious task of engineering the world’s first practical quantum computer.

“The one quality I see at Duke that is unique is the ability of this whole campus to rally around a singular idea and really go after it,” said Monroe, who comes to Duke from the University of Maryland – College Park. “We won’t only propel Duke to the top of quantum computer science and technology, we will do it in a way that nobody else is doing.”

At Duke, Monroe, Kim, Brown and recently hired faculty members Marko Cetina and Crystal Noel in Physics and ECE will accelerate their push to develop practical quantum computer systems based on ion-trapping technology. Their approach, which has attracted more than $100 million in research funding from the Federal government alone over the past dozen years, has long been a player in the race to realize reliable, scalable quantum computing; in 2015 Kim and Monroe launched a startup based on the technology, IonQ, that has attracted more than $80 million in investor funding.

With Monroe’s arrival at Duke, the team plans to launch the Duke Quantum Center to accelerate their progress and build custom quantum computers to solve specific research challenges, such as modeling complex molecules for new materials or forecasting the impacts of climate change. To be housed in the Chesterfield Building in downtown Durham, the hub will launch in the 2020-2021 academic year.

“We’re on the verge of creating a quantum system that people can actually use on a regular basis,” said Monroe. “Our goal is to build these systems in a new user facility that can provide researchers with regular, dependable access to these capabilities. Getting actual people to use quantum computers for different projects is the only way we’re going to be able to figure out the fields in which these computers can have the most impact.” 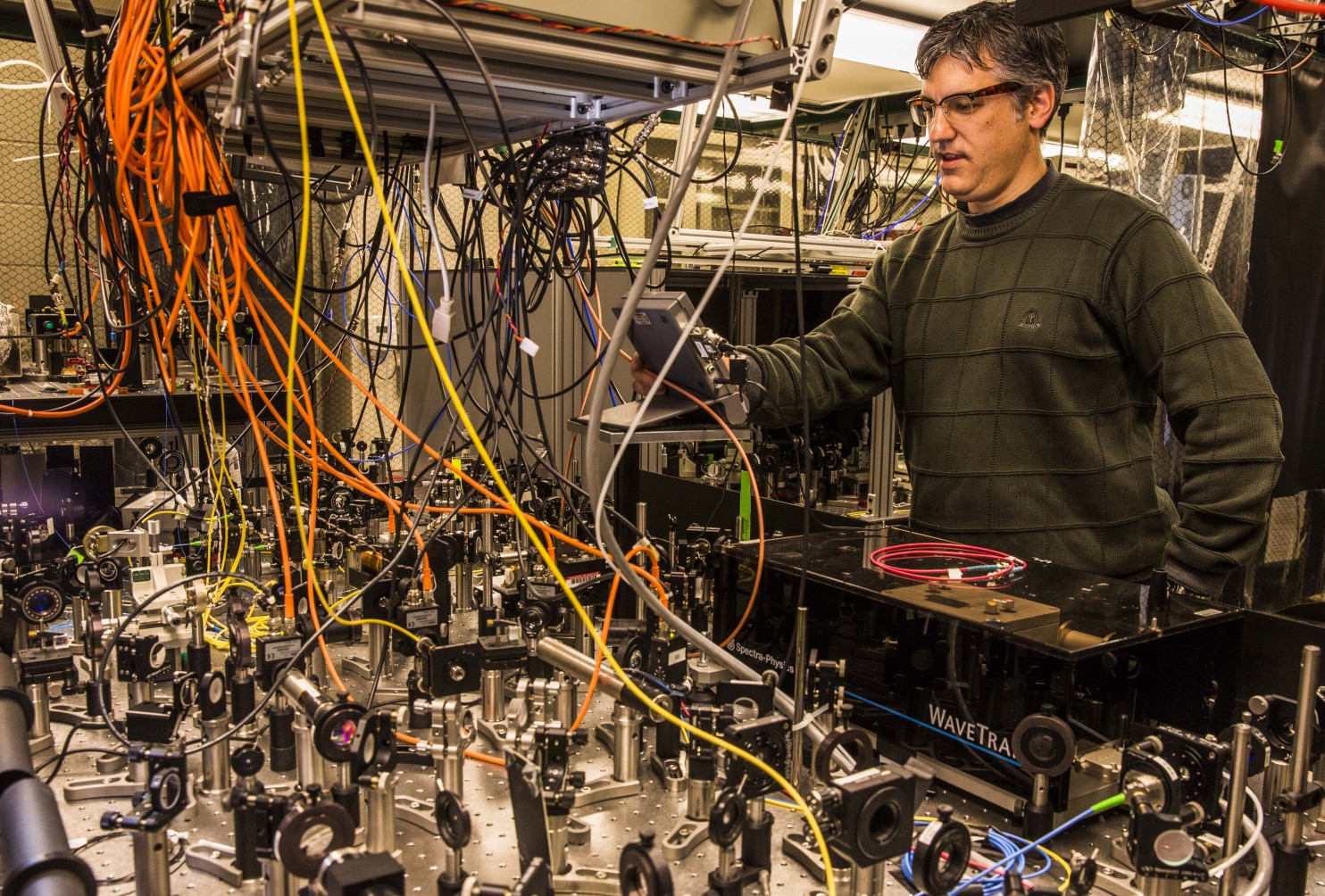 In the classical computers that people use every day, information is stored as bits in transistors as either a “1” or a “0” and must be manipulated sequentially. In quantum computers, information is stored in components called “qubits” that, thanks to quantum mechanics, can be both a 1 and a 0 at the same time.  With multiple qubits, the number of possible values grows enormously, allowing a quantum computer to process huge amounts of information in ways that are impossible using a classical computer.

This is only true, however, for certain problems that sample a huge number of configurations and converge to a single solution. For straightforward tasks such as the trajectory of a cannonball, a quantum computer wouldn’t likely compete with a classical computer. But for problems such as determining which set of 1,000 variables minimizes an equation or what shape a complex molecule will take due to its atomic dynamics, a quantum computer could succeed where a traditional computer could never even sniff at the answers.

“The unique ability of the entire campus to rally around a singular idea and really go after it.”

Years before Monroe even dreamed of building quantum computers, he began his career manipulating individual atoms. After earning his bachelor’s degree in physics from the Massachusetts Institute of Technology, he worked on his doctoral thesis at the University of Colorado, Boulder. In the laboratory of future Nobel laureates Carl Wieman and Eric Cornell, Monroe learned emerging techniques for creating super-cold states of matter. He then took that training and applied it to entangling atoms to make better atomic clocks at the National Institute of Standards and Technology under another future Nobel laureate, David Wineland.

After theoretical research suggested that a computer that harnesses the power of quantum mechanics could potentially solve unsolvable problems such as factoring numbers and breaking codes, Monroe realized that he was basically already working with a very simple version of a quantum computer. He struck out on his own to pursue the physics that would make more complex designs possible, joining the faculty at the University of Michigan in 2000 and the University of Maryland – College Park in 2007.

It was around this time that Monroe realized that, while he was making steady progress on the physics required to power a quantum computer, he was going to need help putting the physics into practice. He needed an engineer.

That engineer turned out to be Jungsang Kim, professor of electrical and computer engineering at Duke, who has been collaborating with Monroe for over two decades.

“Jungsang started looking at this technology from an engineering perspective, which was really attractive to me because that’s the side that I knew little about,” said Monroe. “The two of us remain complementary in many ways, but we see the same endgame, and that’s why our collaboration has been so successful.”

Since 2009, Monroe, Kim and their colleagues have raised more than $100 million from government sources to pursue quantum computers based on trapped ion technology. In 2015, as Monroe puts it, the two joined hands, leaped off of a cliff and founded IonQ to pursue commercialized versions of their technology. 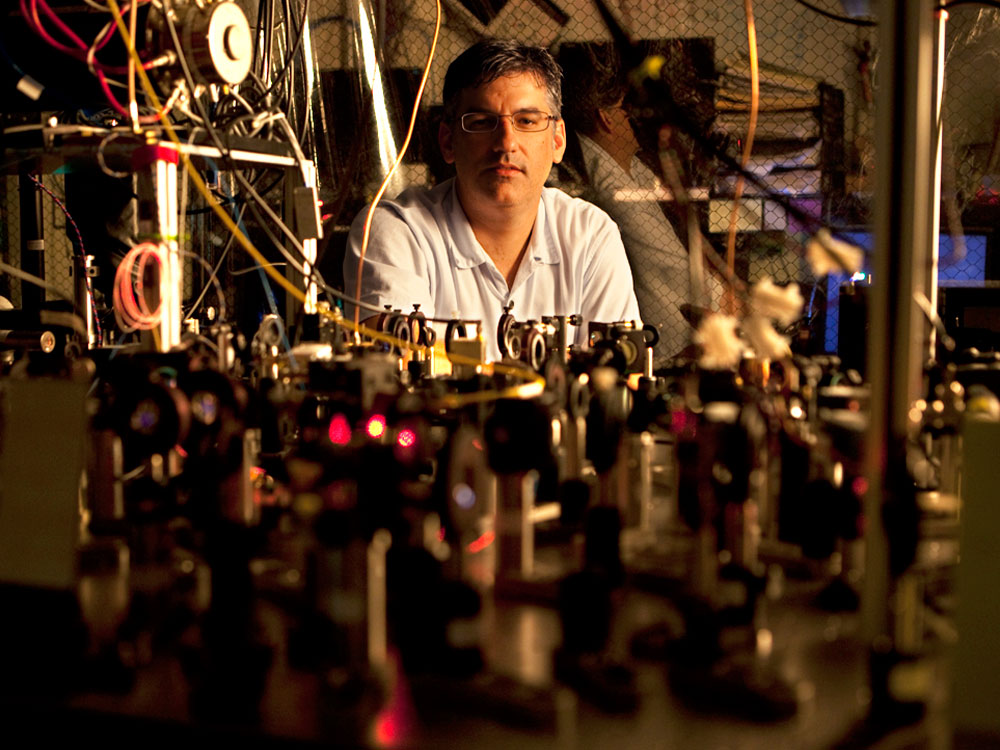 But they weren’t alone. Industry giants including Microsoft, IBM and Google also began pursuing quantum computing technologies, but through different means. Their technologies use superconducting solid-state circuits that are controlled electronically. IonQ is the first company pursuing ion trap quantum computing systems, although Honeywell has recently started a notable effort. Trapped ion qubits are produced by stripping an atom of a single electron, giving it a positive electric charge so that it can be suspended in a vacuum, cooling it to ultra-low temperatures with lasers and manipulating it with additional laser controllers.

“The solid state systems used by most other researchers are further along in terms of the number of qubits they’re using and the interface that allows researchers to actually use them,” said Monroe. “But their technology has inherent limitations that are already holding them back.  I believe they will eventually decide that our technology is really the future of quantum computing.  They’ve had a 75-year head start on engineering their systems, while we are just beginning.”

For the past few years, Duke has been building its expertise in this realm of quantum technology, hiring collaborators Ken Brown and Iman Marvian. With the addition of Monroe, Cetina, Noel, and others to come, Duke is poised to lead the way into our quantum future, integrating physics, chemistry, engineering, computer science and mathematics in ways nobody else is doing.   “While we will start with trapped ion qubits at the very bottom, the Duke Quantum Center will have a keen eye on integrating new qubit technologies into our systems in coming years,” notes Monroe.

Through this concentrated effort, Monroe envisions building multiple quantum computing systems in the Chesterfield Building, each more advanced and tailored to specific tasks than the last. As he puts it, the group will look to implement a more vertical strategy in the field than they have in the past, integrating the engineering of new computers, control systems, software, user interfaces and field testing.

“Right now it takes an average of 18 months between a researcher inquiring about using our systems to us designing a circuit that can carry out their idea to publishing a paper on the experiment,” said Monroe. “We’d like to get that down to weeks or months and build multiple systems and qubit technologies that are tailored for specific applications.”

Besides realizing these ambitious goals, Monroe will also be tasked with classroom teaching duties that he sees as critical to maintaining a connection to students and also keeping up to speed with fundamentals. Having focused his energies in three different areas—research, building a company from the ground up and advocating for the National Quantum Initiative in Washington DC—Monroe looks forward to growing his research group at Duke, contributing to a world-class research center for quantum information technology, and also teaching undergraduates in areas ranging from Quantum Physics 101 to The Physics of Music.