Connecting the Symptoms of Pancreatic Cancer with Big Data 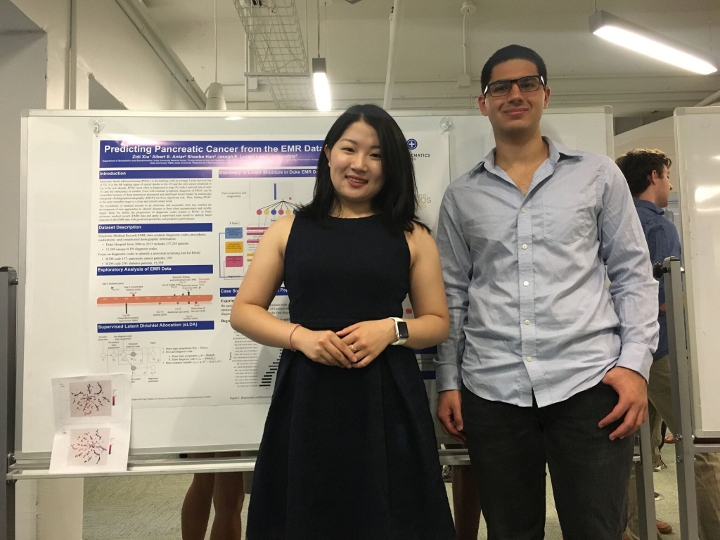 A staggering 94 percent of pancreatic cancer patients will die within five years of diagnosis, and 74 percent of patients die just within the first year. Multiple factors contribute to the low survival rate. It’s not only incredibly aggressive, but also difficult to detect early and, once detected, poorly responsive to treatment. It’s a perfect storm of factors that make it one of the more deadly forms of cancer.

Some recent studies have shed light on the disease, showing a connection between diabetes and pancreatic cancer. Though what exactly that connection may be is yet to be defined, evidence indicates that type 2 diabetes is a risk factor and also may result from pancreatic cancer. With approximately 80 percent of pancreatic cancer patients having glucose intolerance or diabetes, the connection is well worth further investigation.

For Lisa Satterwhite (BME), the electronic medical record (EMR) could be the key to defining this relationship. Her Data+ team comprising Zidi Xiu, Albert Antar and Shaobo Han spent 10 weeks in the summer processing and modeling data and making connections between symptoms in the medical record and eventual diagnoses.

“What we’re trying to do is find pancreatic cancer before they diagnose it, which is typically stage IV, and try to see if there are symptoms that are present that haven’t been associated with pancreatic cancer prior to the cancer spreading,” Satterwhite said. If it’s found early enough, treatment has a better chance of working, so making connections to the earliest symptoms could give patients a fighting chance.

Discussing each team member’s strengths and how they contributed to the overall project, it’s clear that Satterwhite couldn’t be more enthusiastic about their work together and her team’s preliminary predictive model. 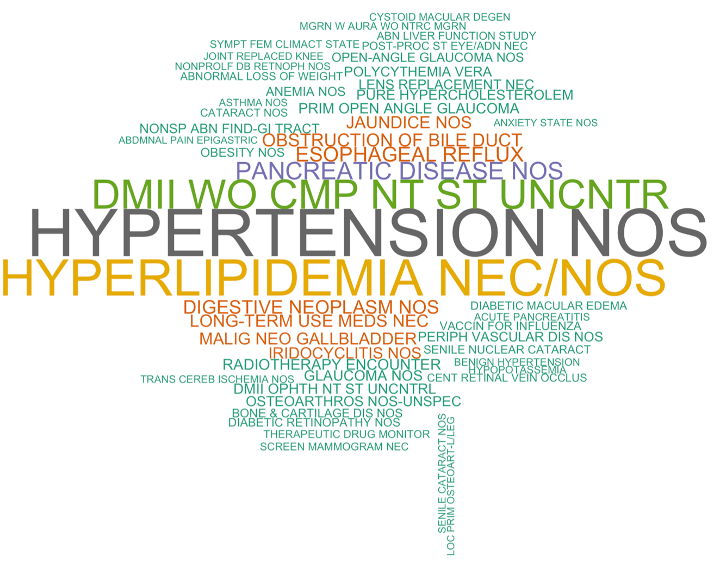 Antar (Trinity ’18), with his goal of attending medical school after completing his undergraduate degree, was a constant force pushing for medical relevance. Everything the team generated was put through this lens so that their work could make a difference as quickly as possible.

“A couple things we found is that the earliest significant symptoms occur about a year and a half before a stage IV diagnosis and rapid progression of type 2 diabetes seems to be common with many patients,” Antar said. “In our dataset, 42 percent of people went from type 2 diabetes to uncontrolled type 2 diabetes, which seems like a really high percentage of people.”

The team looked at diagnosis codes from the past 10 years in electronic medical records and, through several machine learning algorithms, identified several highly discriminative groups of codes that are relevant to the disease outcome and evaluated the predictive performance.

“We’ve been trying to learn interpretable and predictive patterns from the data and then visualize each patient on a similarity map,” Xiu said.

In the last few weeks together, Xiu tested the predictive performance of the prototype developed to find pancreatic cancer in the Duke electronic medical record data and observed some patients without a pancreatic cancer diagnosis that surrounded with those with a known diagnosis.

“We think some diabetes patients might already be on their way to developing pancreatic cancer.” Satterwhite said.

In the last week together, the team tested the ability of their supervised topic model to find pancreatic cancer in the EMR and found patients without a diagnosis that clustered with patients with a diagnosis, indicating possible undiagnosed cases. While this result is preliminary, it illustrates the power of the approach. Late stage pancreatic cancer is devastating and any edge on it is worth pursuing.