Data Is for Everyone 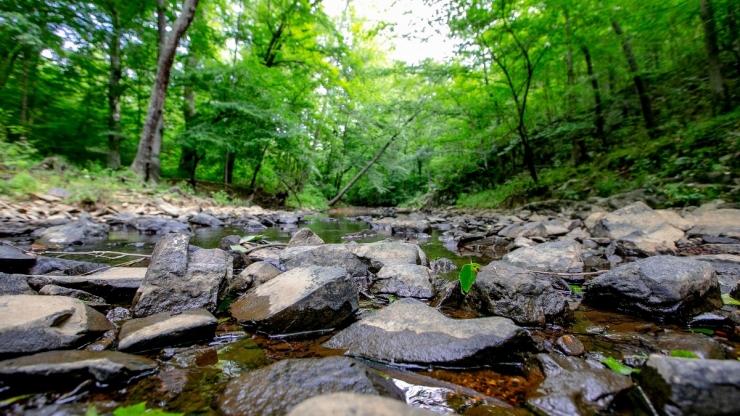 Each summer, the Rhodes Information Initiative at Duke’s Data+ program illustrates some of the many ways data science can make a difference in the real world. Faculty members and industry representatives who have data problems or questions collaborate with small interdisciplinary teams for ten weeks over the summer, solving problems and learning new approaches for analyzing and visualizing data along the way.

"Engineering in the 21st century will combine disciplinary insight with data science expertise."

Data+ is not just for students of computer science or computer engineering; in 2020, its sixth year, more than 180 students from a dozen Duke majors participated in Data+, composing more than 50 teams.  There was something for everyone who was interested in learning how to work more deeply with data—whether it was modeling mechanical failures at sea, predicting blindness in Duke’s glaucoma patients or examining how land use affects water quality and aquatic ecosystems.

Alex Bussey ’22, a civil and environmental engineering student interested in water resources, worked on the land use and water quality project along with another engineering student and a student from Duke’s Nicholas School of the Environment. Their team was directed by James Heffernan, a researcher at the Duke River Center who is interested in learning how variables like land use, nutrient inputs and canopy cover affect the condition of river ecosystems.

Bussey said that she spent the first two weeks simply learning how to code in R, a statistical computing tool that helps users analyze and visualize data. A PhD student of statistical science, Olivier Binette, mentored the team in organizing its code to be easily reproducible and easily understood.

Then, it was on to the data. “We spent a lot of time scraping different databases from organizations like the EPA and NGS,” said Bussey. “We had to look at all that data and see if there were patterns—what insights could we draw?”

“We had to look at all that data and see if there were patterns—what insights could we draw?”

The novel aspect of her team’s research, said Bussey, was its scope. Researchers focusing on the relationship between land use and river ecosystems generally look at one site at a time, but the Data+ team was essentially taking a birds-eye view, looking at 100 sites around the state. And her team was surprised to find that land development and the condition of aquatic ecosystems did not correspond in a strictly linear fashion—more developed surface area did not always result in more active microbial communities in the rivers and streams nearby. Why that is, exactly, is a question for future research.

Hussey said that apart from learning to program in R—a new skill for her, but one she feels will be useful to her future—she became adept at interacting virtually with a team and giving virtual presentations. “I’ve also learned to ‘zoom out,’” she said, “and bring technical information down to a more general level.”