At Duke, the Future of Pathology Lies in AI 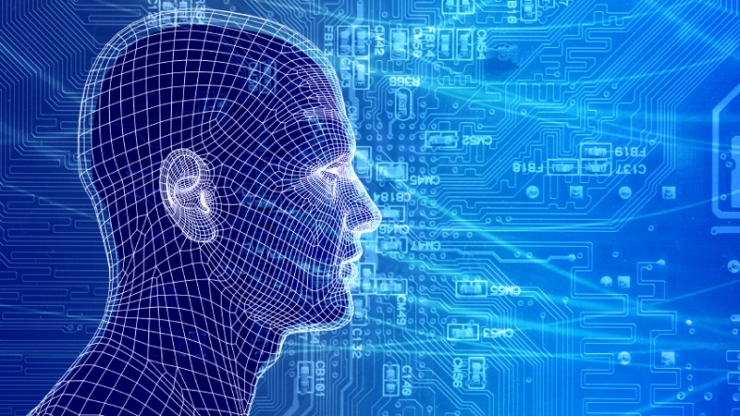 Researchers at Duke University have been merging artificial intelligence with health care to improve patient outcomes for the better part of two decades. From making cochlear implants deliver purer sounds to the brain to finding hidden trends within reams of patient data, the field spans a diverse range of niches that are now beginning to make real impacts.

Among these niches, however, there is one in which Duke researchers have always been at the leading edge—image analysis, with a broad team of researchers teaching computers to analyze images to unearth everything from various forms of cancer to biomarkers of Alzheimer’s disease in the retina.

To keep pushing the envelope in this field by cementing these relationships into both schools’ organization, Duke’s Pratt School of Engineering and School of Medicine have launched a new Division of Artificial Intelligence and Computational Pathology.

“Machine learning can do a better job than the average person at finding the signal in the noise, and that can translate into better outcomes and more cost-effective care,” said Michael Datto, associate professor of pathology at Duke. “This is one of the most exciting times I’ve seen in pathology, and it’s going to be exciting to see what we can do.”

The new division will support translational research by developing AI technologies for image analysis to enhance the diagnosis, classification, prediction and prognostication of a variety of diseases, as well as train the next generation of pathologists and scientists in the emerging field.

“Duke has taken the lead at the national level in establishing a division in the Department of Pathology in partnership with AI/Health with the goal of developing and establishing new models and protocols to practice pathology in the 21st century,” said Barisoni, who is also director of renal pathology service at Duke.

AI Health is also a new initiative, launched as a collaboration between the Schools of Engineering and Medicine and Trinity College of Arts & Sciences, with units such as the Duke Global Health Institute and the Duke-Margolis Center for Health Policy, to leverage machine learning to improve both individual and population health through education, research and patient-care projects.

“For what everyone has envisioned for AI Health, we see pathology paving the way,” said Hernandez. “AI Health is a catalyst and spark for putting cutting-edge machine learning development and testing into real-world settings. In pathology, we have image-intensive data streams, and COVID-19 has really emphasized the need for the timely processing of patient samples.”

Applying machine learning image analysis to pathology processes, however, is easier said than done. Figuring out how to process extremely large image files and train AI algorithms on relatively few examples is part of the focus of Carin’s laboratory, in partnership with Ricardo Henao, assistant professor of biostatistics and bioinformatics as well as electrical and computer engineering.

Current AI algorithms, such as convolutional neural networks (CNN), were originally designed for the analysis of natural images, such as those captured on phones. Adapting such algorithms for the diagnosis of biopsy scans, however, is challenging due to the large size of the scans--typically of tens of gigabytes--and the sparsity of abnormal diagnostic cells they contain. Led by David Dov, a postdoctoral researcher in Carin’s laboratory, Duke engineers are working to overcome these challenges to design AI algorithms for the diagnosis of various conditions, such as different types of cancers and transplant rejection.

“Designing algorithms that make a real impact on clinical practice requires close collaboration between AI researchers and pathologists,” said Dov, who joined Duke after completing his PhD in electrical engineering at The Technion - Israel Institute of Technology. “A key challenge in these collaborations is gaining a deep understanding of the gaps in medical practice, and then ensuring that clinicians fully understand the capabilities and limitations of AI in bridging these gaps. The new Division of Artificial Intelligence and Computational Pathology plays an important role in facilitating such collaborations.”

In a virtual kickoff meeting this fall, the new division’s leadership spoke to the potential it holds to improve patient health outcomes and several researchers delved into projects they already have underway in the field. For example, Danielle Range, assistant professor of pathology, spoke of efforts to use AI in diagnosing cancer; Roarke Horstmeyer, assistant professor of biomedical engineering, described his efforts to create a “smart microscope” to better diagnose disease; and Glass detailed her work on the use of machine learning in diagnosing transplant rejection.

“In the last couple of years, we have seen an exponential increase in AI pathology interest from Duke undergraduates to medical students applying for Pathology residency positions,” said Glass. “I think continued development of a solid, integrated curriculum and educational program will be critical to train these future leaders.”