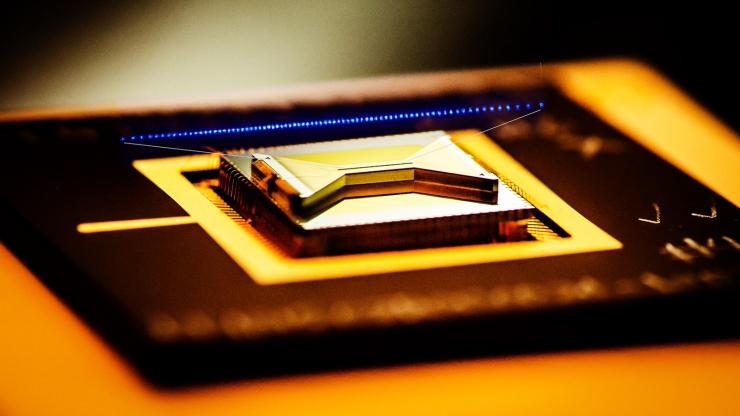 Duke University researchers Jungsang Kim and Christophe Monroe will join peers from the national labs, universities, federal agencies and industry on a new National Quantum Initiative Advisory Committee (NQIAC) recently announced by the U.S. Department of Energy and the White House Office of Science and Technology Policy (OSTP). The NQIAC’s mission is to “counsel the Administration on ways to ensure continued American leadership in quantum information science” and was established by Executive Order as part of the bipartisan National Quantum Initiative Act of 2018.

Duke has a long tradition of research leadership in quantum technologies, beginning with Kim, a professor of electrical and computer engineering, physics and computer science, building its first quantum information lab in 2004. Over the next decade and a half, Duke has added more than a half-dozen experts in quantum technology, attracted tens of millions of dollars in research funding and, in 2021, is set to open the Duke Quantum Center—a facility dedicated to building bespoke quantum computers for individual research projects to quickly advance the field.

“I am humbled to be serving on this committee charged with a crucial role of advising the US government to ensure US leadership in this important and growing field,” said Kim. “I look forward to working with my esteemed colleagues in this committee to help US maintain technical and strategic leadership in QIS.”

Kim has spearheaded a long-running and fruitful collaboration with Monroe at the University of Maryland – College Park, who will join Duke’s faculty next year as a professor of physics and electrical and computer engineering. Over the past decade, Kim and Monroe have led quantum computing programs with over $100 million in research funding from the NSF, Department of Defense and the Intelligence Community. In 2016, the pair co-founded a company to commercialize their quantum computing ion trapping technology called IonQ, which has attracted more than $80 million in investor funding.

In tandem with the NQIAC announcement, DOE and OSTP announced up to $625 million over five years for the establishment of five quantum research centers, delivering on the National Quantum Initiative Act’s call to stand up new QIS centers nationwide. Duke will join one such center led by Lawrence Berkeley National Laboratory dubbed the Quantum Systems Accelerator (QSA). As a leading node in QSA, the Duke Quantum Center will lead the design and fabrication of quantum computer systems based on trapped ions, which are the most reliable systems currently being developed.