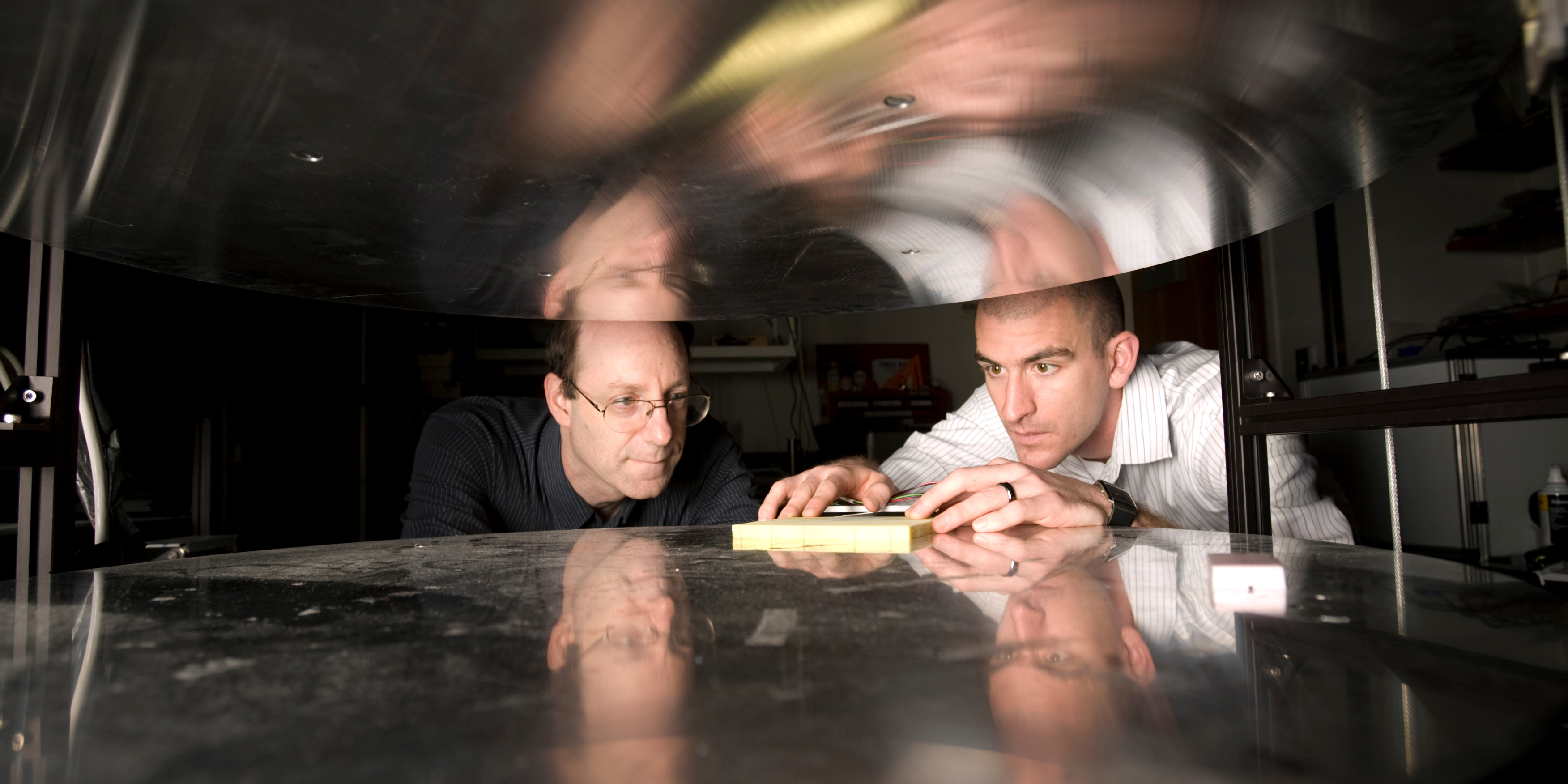 What it does: Develops new antenna technology based on metamaterials

Bill Gates on Board of Directors

“I’ve always wanted to work on something that had a real-world applicability,” says Nathan Kundtz, PhD ’09. “I was looking for ways to take what was fundamental science research and turn it into something which could be of value.”

Only three years after earning his PhD in physics at Duke with professor David Smith, James B. Duke Distinguished Professor of Electrical and Computer engineering, Kundtz (who is currently an adjunct assistant professor of electrical and computer engineering at Duke) has already designed a new type of satellite antenna that can supply Internet connectivity to people in far-flung locales—such as relief workers, journalists, military personnel and scientists—as well as to passengers on planes, trains, buses and trucks.

The new antenna, called mTenna, is about the size of a laptop. It’s thinner and lighter than what’s currently available, and uses less power, takes less time to set up, and is less expensive. It also gives higher performance than a conventional satellite antenna of similar size because almost its entire surface is available for sending and receiving signals via satellite.

Different diffraction gratings can be created by switching elements on the surface of the mTenna on or off. Voltage applied to the elements adjusts a built-in dielectric that controls the resonance of each element. If the frequency of an incoming signal matches the resonance of an element, that element is “on” or “open,” and if the frequency does not match, that element is “off” or “closed.”

“You have a traveling wave underneath some resonant elements,” Kundtz explained. “You can change the pattern of which elements are on and off, and when you do, those elements have a different phase offset between them so you end up with a beam going off in different directions.” This means the mTenna can “find” a communications satellite overhead without the user having to precisely aim the device toward the satellite.

A laptop sized version of the mTenna called the Portable Satellite Hotspot is designed for people going places where 3G or 4G coverage doesn’t exist or has been destroyed by war or a natural disaster. The current options for connectivity in such situations are slow and expensive, or awkward to carry and difficult to set up. The mTenna can also be installed atop an airplane or other modes of transportation to provide internet service to passengers.

Kundtz came up with the idea for mTenna while working at Intellectual Ventures, an “invention capital company” headquartered in Bellevue, Washington. His job was to provide technical insight for various inventions and technologies the company was looking into, but he also suggested some ideas of his own. “One of those turned out to be something we felt there was a significant market for, so we decided to invest in bringing that to maturity,” he said.

Intellectual Ventures spun out Kymeta Corporation to develop the mTenna, which should be available commercially in 2015. Kundtz is founder and chief technology officer at Kymeta.

When Kundtz first arrived at Duke, he worked with Professor Albert Chang on quantum electronics. Funding for that project dried up after three years, and Kundtz considered leaving Duke with a MS in electrical engineering. “I went to the DGS of the engineering department, which happened to be David Smith,” Kundtz says. “David was looking for someone with an interest in electrical engineering but who also had experience with general relativity, specifically with differential geometry. I fit the bill and he invited me to come work with his team on ideas related to meta-materials. So I finished my PhD with David Smith.” Smith holds appointments in both the engineering and physics departments.

Kundtz says his path to inventing the mTenna was paved not only with the knowledge he gained at Duke about solid state electronics and meta-materials, but also the culture of physics, which helped him look at the goal of improving the performance of satellite antennas from an entirely new angle.

“The value [of a physics background] is two-fold,” he said. “In doing hard experiments in the way they are typically done in most physics departments, you develop a level of scientific rigor and discipline that’s required to really carry something out that’s novel. At the same time, you’re encouraged to not be restricted to a set of design tools that already exists, but you’re taught to develop your own design tools.”