What it does: Contract aseptic food manufacturing for the food industry. Wright Foods has patented technology for packaging of shelf-stable products that maintain the flavors and nutrients of fresh food

Why did you decide to major in ECE?

I always knew I wanted to start a company; that was always my dream from when I was in high school. So, I had a double major in electrical engineering (it was called EE at the time) and Econ. I went into engineering more for the problem-solving side. If you are trying to start a business, the most important thing is problem solving day to day. And there is no better training for that in the world than engineering. To me the number one value of the Duke engineering degree was that it wasn’t your typical “sit in a classroom and learn nothing but engineering” degree. It was a very diverse education.

How did you decide what industry or industries to work in?

I had access to the computer in the early 80s, which was a rarity. I was using a Radio Shack ™ TRS-80 computer. In middle school I wrote the system that generated report cards. They used for years and years afterward. My first company was a software company. I ended up writing software for a wastewater treatment plant; I worked for a foam company that needed an inventory system. Back in the day there wasn’t a lot of off-the-shelf software to choose from.

How did you end up back at Duke?

I went to Silicon Valley, which was the mecca of entrepreneurship and started a business making windows that you could turn from clear to opaque. But the venture capitalist who owned the patents killed it.

That disappointment didn’t kill your interest in entrepreneurship?

No, if anything it made me more stubborn. I came back to Duke to start a business. I worked with an amazing professor, William T. Joines, and ended up getting my PhD. After I graduated in 1997 we started a company called Industrial Microwave Systems, which build large, industrial microwave equipment. We raised money, grew the company and then sold it to a company in New Orleans called Laitram, LLC.

How did you come to be involved in the food industry? 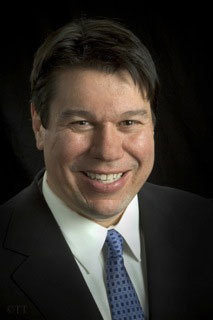 Through my work at Industrial Microwave Systems I came to know some professors at N.C. State University (Josip Simunovic and Ken Swartzel) who were world leaders in aseptic processing. We kept a dialogue going, and in 2006, they came to me and said, “Hey, we really want to start a company.” I helped them as an advisor and consultant with the initial formation, but as I saw the progress they were making I got more and more excited. I couldn’t pass it up. It’s a game-changing technology. In 2010, I took over as CEO of the company and took the business in the different direction. Up until then, the company was doing more consulting. We are now a contract manufacturer. We produce foods for other companies at a plant in Troy, N.C.

How did your Duke degree prepare you for what you are doing now?

I have enough engineering training that I can challenge assumptions. I can be active in helping solve problems and guiding the technology. As an engineer, I have the training to step in, not just in an engineering situation, but also in production or finance, to ask: what are we doing? Why are we doing it? And then push it to the next level.

What can engineering students do now to prepare themselves for the work places of the future?

Don’t have a laser focus just on engineering. The real world throws you curve balls. Be broad in your interests, and use your Duke experience to learn not just how to react to situations but to be proactive.