Students demonstrated excellence in their areas of independent study 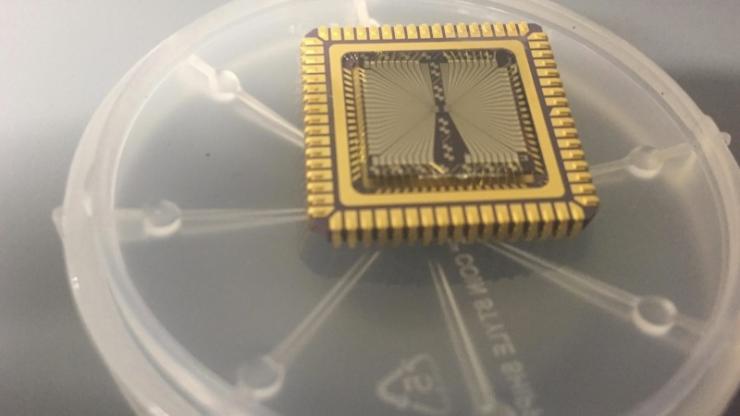 The Department of Electrical and Computer Engineering (ECE) awarded five of its students Graduation with Departmental Distinction, a designation which was announced during Commencement on May 18, 2018. Lucy Zhang, Henry Yuen, Aditya Srinivasan, Jay Doherty and Jihane Bettahi achieved the designation. Each of these five graduates undertook independent study focusing on areas of particular interest to them, and distinguished themselves through excellence in their written and oral presentations to ECE faculty.

“ECE’s Graduation with Departmental Distinction committee had the pleasure of learning about the independent research of five seniors in our department this year, through both extensive written reports and oral presentations,” said Associate Professor John Board, who chairs the committee. “All five students did work that they, their advisors, and the department can be extremely proud of.  From fundamental basic materials research to projects fusing technology and art, these students are already making important contributions to their fields, and I am excited to see what they will do in the years to come.”

The students describe their projects in their own words below:

“I built two music visualizers, one web-based and one mobile-based, working under the supervision of Dr. Leslie Collins. The first visualizer uses signal processing and machine learning to extract and display information such as instrument detection and genre classification. This second visualizer is a mobile application that brings the visualization to augmented reality using Apple’s ARKit framework; it also incorporates the effects of a user's motion by utilizing the mobile device's built-in hardware sensors: the gyroscope and accelerometer.

I chose the topic because I’ve always been interested in the intersection of the arts and signal processing. It was also a great excuse to work with new technologies I was interested in, such as ARKit.”

“Studying ECE, Computer Science and Education, I was fascinated by the intersections of experiential education and technology, as the way in which technology is often applied to classrooms is through ‘band-aid’ solutions that are misaligned with the tenets of educational pedagogy. The potential of virtual reality (VR) applications in the classroom has always intrigued me, yet the technical overhead for creating VR tools has been challenging for software developers and prohibitive for teachers.

This project aimed to blaze a path towards empowering teachers to create and author VR experiences for their own classrooms, whereby a web-based prototype framework was designed to allow any teacher to create assessment activities of their choice; students would engage with these VR activities and receive grades for them.

For this project I collaborated with Dr. David Malone and Betsy Alden, from the Program in Education; Dr. Lisa Huettel, from Electrical and Computer Engineering; Dr. Susan Rodger, from Computer Science; Luiz Omori, from Duke Health; Elizabeth Evans, from Duke Digital Initiative; and Mark Everitt McGill and Seth Anderson, from Duke OIT.”

“Inspired by my dual education in computer science and computer engineering, I formulated my own programming language called Gemini, working under the supervision of Dr. Drew Hilton. The language I created bridges the gap between software and hardware, by allowing a circuit (the hardware part) to be described by a program (the software part). I thought of the two as twins that expressed the same thing albeit being different entities, hence the name Gemini. I then wrote a compiler to transform Gemini programs into Verilog modules.

My goal was to provide a tool for describing electronic circuits with greater expressivity and modularity than what currently existed. I managed to achieve this goal, and in the process discovered that many unconventional language features are possible to implement in practice.”

The Effects of Voltage Stress in Carbon Nanotube Transfers

“I worked with Dr. Aaron Franklin; the Franklin research group is focused on improving the performance of devices built out of nanomaterials instead of traditional silicon. One of the materials the group is most interested in is carbon nanotubes. My project was to begin to investigate the long-term reliability of transistors made out of carbon nanotubes. Some of the questions we had at the start were: How much electrical current can safely flow through nanotubes without damaging them? How long will they last under this stress?

Over the course of the project, we designed many experiments lasting multiple days that demonstrated the robustness and stability of carbon nanotubes under electrical stress. We showed that carbon nanotubes could handle relatively large currents for weeks at a time with no signs of degrading performance. These are encouraging results for researchers working on carbon nanotube sensors which would need to run continuously for many months or years. One of the sensors they are working on in the Franklin lab is a tire pressure sensor—it’s a good example of something that would, hopefully, always be on in your car.”

“I worked on this project as a Pratt Fellow, and chose the topic because I was interested in exploring robotics and doing research related to motion planning and reinforcement learning. Working with Dr. Michael Zavlanos, I built on some prior work that looked into the problem of a mobile robot tasked to collect data in different regions of an environment and reliably transmit the data gathered to a data center, while considering the constraints that 1) the robot has a buffer of limited size to store the data collected, and 2) there is uncertainty in the channel quality of the wireless communication network used to transmit the data gathered to the data center.

The work, previously done in lab, proposed a solution to this problem, which consisted of statically determining segments where the robot buffer needed to be emptied so that it does not overflow, then executing an actor-critic reinforcement learning algorithm on these segments to learn a motion and communication strategy for the robot to satisfy the assigned tasks under all the constraints. However, the solution proposed assumed that the robot transmitted data only at some specific, fixed segments. My project consisted of relaxing this assumption by allowing the robot to transmit data in any segment along its execution plan, which required developing dynamic approaches to solve the problem under the relaxed assumption.”