Kenneth Brown: Connecting Quantum Systems to Computers and the Cosmos 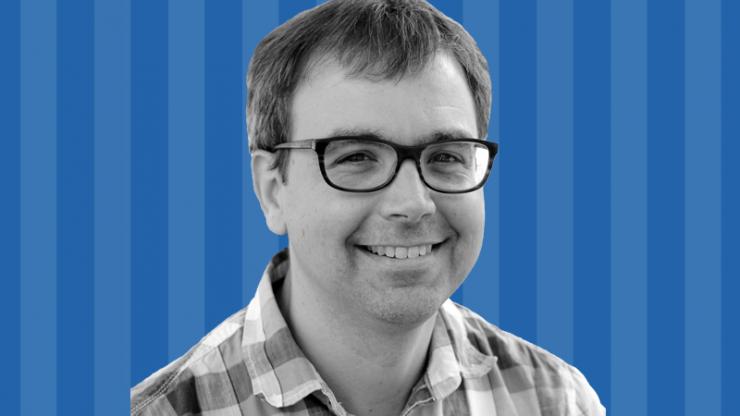 Kenneth Brown will join Duke University’s Department of Electrical and Computer Engineering on January 2, 2018. With a long history of working to understand and control quantum systems, Brown will join a growing effort at Duke to build a reliable, scalable quantum computer using ion traps—while also applying the technology to other fields from astrochemistry to biomedical engineering.

The traditional laws of physics that we experience every day break down at extremely small scales. Individual atomic particles follow their own set of rules dominated by surprising concepts such as quantum spin and the Heisenberg Uncertainty Principle.

Researchers have been working to understand these rules and manipulate an atom’s quantum state for decades. Now, they’ve progressed to a point where it’s possible to use these ideas to replace traditional digital computers with quantum cousins.

The basic building blocks of a quantum device are qubits. These are the quantum mechanical analogue of a traditional logical bit, which can be in a “1” or a “0” state, except a qubit can be in both positions at the same time. While researchers have proven able to build robust qubits, scaling them into large networks while detecting and correcting errors remains a challenge.

“My work is mostly focused on the theoretical and numerical work needed to make quantum logic gates more reliable and robust by reducing their error rates,” said Brown, who joins Duke from the Georgia Institute of Technology. “We’ve been working with Jungsang Kim for years on collaborative grants, and moving to Duke will help us combine the experimental progress he’s made toward robust hardware with the theoretical work my group has been doing to get the most out of that hardware that we can.”

While there are several technologies being pursued to build quantum computers, Brown and Kim focus on trapped ions—atoms with electrons stripped away to give it a positive electric charge. That charge allows researchers to suspend ultra-cooled atoms using an electromagnetic field in an ultra-high vacuum, where precise lasers manipulate their quantum states.

"Moving to Duke is an exciting opportunity to build a robust research effort focused on quantum engineering. There are very few programs in that space today."

But manipulating ultra-cooled atoms with lasers has other uses as well. For example, the ion traps can also be used to move and sort individual cells floating in a single drop of liquid. Brown is also using the method to discover what sorts of atoms and molecules are in outer space.

“The environment in space is completely different from what you find on Earth,” said Brown. “High-energy light from stars cause molecules to fragment and ionize. And it’s not very dense, so you end up with weird molecules floating around that you’d never expect to see on Earth.”

Brown uses the ion trap technology to recreate extraterrestrial conditions and conduct measurements on these weird molecules. Astrochemists can then match that information with observations made about distant solar systems and nebulae to determine what they’re made of.

But work in the quantum realm isn’t confined to such academic pursuits—as the potential for applications grows, there’s been a growing demand in the industrial world for engineers who understand quantum information and quantum mechanics in the past several years. Brown says he is interested in creating new engineering courses on these topics and connecting fundamental techniques of science and engineering to everyday problems.

“I want to expose students to the idea of using classroom tools to study everyday questions, like what kind of plastic water bottles should we drink out of?” said Brown. “In terms of larger impact, moving to Duke is an exciting opportunity to build a robust research effort focused on quantum engineering. There are very few programs in that space today, and it will be fun to train students in this emerging discipline.”