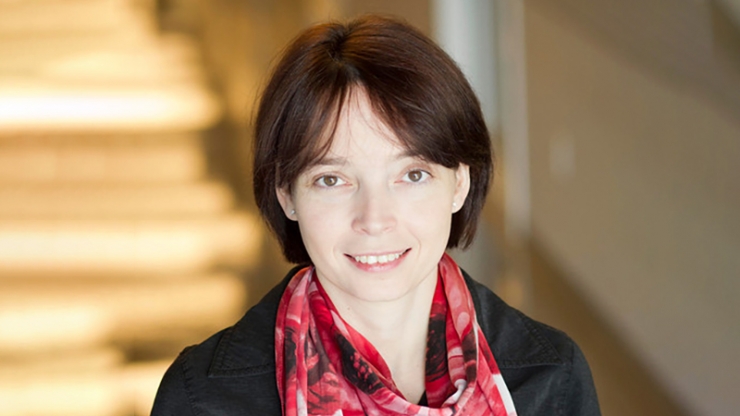 An international team of seven researchers from the US and Italy, including Duke professor of electrical and computer engineering Natalia Litchinitser, has won the fifth annual Aspen Institute Italia Award.

The Aspen Institute Italia Award honors scientific research in applied or theoretical natural sciences, produced jointly by researchers from the US and Italy, in keeping with the organization’s commitment to encouraging and developing international leadership and transatlantic relations.

The winning team’s research, originally published in Science in 2016, created an orbital angular momentum microlaser for use in next-generation, high-speed optical communications systems.

The team developed a micrometer-sized semiconductor laser that exploits an “exceptional quantum point,” and allows light to be twisted a number of times at multiple frequencies. The resulting twisted beams of light can be used to encode information sent via optical fiber and allows for a significant increase in the amount of information transmitted at individual frequencies.

The collaborative research represents important progress in the physics and technology of integrated semiconductor lasers, and has the potential to revolutionize optical communication systems, according to a statement from Aspen Institute Italia.

Litchinitser, a member of Duke ECE’s metamaterials research group, is noted for her expertise in optical metamaterials, which manipulate the visible part of the electromagnetic spectrum. Her current research focuses on topological photonics, which seek to direct light around tight corners using tiny waveguides that prevent photons from scattering.