Computing, IT, energy, instrumentation, microelectronics, communications, security, finance… the list of fields that a Duke ECE graduate can break into is nearly inexhaustible. But no matter the industry, there’s one skill that is tremendously helpful in preparing a new graduate for a job in industry: knowing how to translate an amazing new idea into a real-world product.

It’s critical for students to develop a user-centered approach early on, especially if they’re launching their own businesses, said ECE professor Jeffrey Glass, Duke Engineering’s senior associate dean for education and learning innovation, the Hogg Family endowed chair in Engineering Management and Entrepreneurship, and the interim dean of Duke Engineering. Glass’s own background is equal parts industry and academia—he was the vice president of research and development for Kobe Steel USA before he became a professor—and he knows that tech for tech’s sake isn’t likely to have a lot of impact.

“A typical technology-centered approach is, ‘Okay, I have prototyped a really cool gadget that works exactly as I want it to. Isn't that fantastic?’” said Glass. “But the response from any entrepreneur would be ‘Sure, but who will want to buy it?’ An investor or someone in business would start by talking to the customer to discover what their needs are, and then develop the technology.”

This type of deep dive into the end user’s needs and motivations requires a different set of skills than the ones typically cultured in engineering students—but then, a Duke Engineering education isn’t typical. In their first year, students from every discipline take EGR 101: Engineering Design and Communication, a project-based course that asks teams of students to solve challenges for real clients in the university and the community. Working with their clients to design and iterate on deliverables ranging from lemur feeders to pedestrian bridges to endonasal retractors, the students learn to ask for and incorporate the feedback that will make their projects successful.

Students from the class of 2021 work to improve a simulation device for intravenous injection training. The IV training arm is used by students at the Duke University School of Nursing

Some engineering students are immediately hooked on the client-based experience. “Coming into Duke, I had a vague interest in business,” said Alex Xu ECE ‘22. “I was very interested in photography and had a photography print shop in high school. But when I took EGR 101 and learned to engineer to solve a specific problem that a client is facing and create value in that way, that really got me interested in entrepreneurship as a whole.” Xu participated in Duke in Silicon Valley the next year, and decided to pursue a Duke Innovation & Entrepreneurship Certificate.

So did Franklin Boampong ECE ‘22. “I came to Duke knowing I wanted to build something before I left,” said Boampong. He got the first opportunity to do just that when he worked on a HackDuke team that included Xu and Lamba in 2020. The three friends developed an app that used computer vision to deliver information about the environment—approaching cars, curbs—to people with visual impairments. That experience not only scratched an entrepreneurial itch for the students, but the illuminated an area where the team might make real impact for real people: accessibility.

When the friends learned about an opportunity to participate in the 2021 Verizon and CGI U Social Innovation Challenge, which asks teams to solve societal problems with tech-based solutions, they wrote a proposal for another app. This one, called Peek AR, would deliver live captioning of classroom material, through augmented reality, to students with hearing impairments.

“There are some apps that exist in the same sphere, but they use speech-to-text transcribing, which shifts a student’s attention away from the instructor and what’s happening in real time,” said Xu. “Augmented reality would include students more fully.”

The Clinton Foundation and Verizon agreed that Peek AR showed promise. To the team’s delight, they were awarded a grant to aid in further developing their tech and invited to participate in a summer incubator, receiving mentorship in technology and business development from experts at Verizon. They also drew on the expertise of Duke ECE faculty member Martin Brooke, who has experience with tech competitions, as well as Duke Director of Student Accessibility Services Cort Schneider, who connected them with students who might also be potential future customers. Those students gave the team valuable insights about their own needs and the utility of Peek AR’s technology.

“The end goal is to produce a viable product,” explained Boampong. “At the end of the challenge, Peek AR should be marketable enough to draw more funding.”

When the Peek AR team competes in the final round of the Social Innovation Challenge this fall, it will be in pursuit of a large purse. And while the prize money is definitely exciting, the team agreed, it’s not their sole driver.

“Our main goal is to improve people’s lives, and we can use technology to do that,” said Boampong. 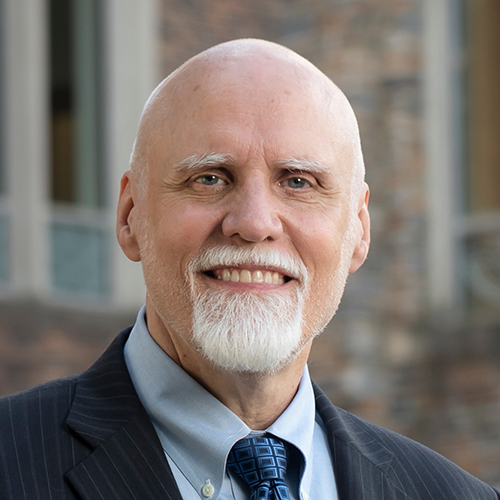 "You have to believe in your own ability to succeed, despite the odds."

This mindset—of wanting to create things that work—is typical of an engineer, Glass said. But he believes that the “entrepreneurial playground” offered by Duke gives students opportunities to discover whether they have the other qualities that will be necessary to launch their own companies later.

“Our next few months and years will be riddled with failures, but every failure will give us an opportunity to learn and grow,” agreed Lamba. “It’ll be a lot of hard work with many challenges that we can’t anticipate, but that’s the fun of it. The goal is always to get to a viable product and then we will finally be at the beginning of our journey.”