As soon as the prototype was up and running, it was immediately obvious to Dan Sorin and George Konidaris that the robotic motion planning technology he had created with two of his students was commercially important. What had taken state-of-the-art computer processors and software seconds to calculate could now be achieved in under a millisecond. In just a couple of years, the small research group had made an improvement of three-to-four orders of magnitude.

The potential applications were enormous. Factories could greatly improve the performance of their robotic assembly line while simultaneously increasing safety. Driverless cars could choose their next course of action in a fraction of the time. Futuristic robots that move about through society like people could be one step closer to reality. And Sorin and his team were the only ones who knew how to do it.

“The first presentation to the world of our technology was at the 2016 Robotics and Science Systems conference, which is the most important one in the field,” said Sorin, a professor of electrical and computer engineering (ECE) and computer science at Duke. “We made a big splash. It was a multi-decade problem and we solved it.”

After working with Duke’s Office for Translation and Commercialization (OTC) on all of the basic steps required to spin off a company—invention disclosures, patent applications, licensing agreements, etc—Realtime Robotics became a newly incorporated company that same year. But the path from incorporation to commercial success was still murky to the first-time entrepreneurs who had never before walked it.

They needed a path-walker. Bill Walker, to be precise.

In mid-2016, Walker was named the Duke Engineering Mattson Family Director of Entrepreneurial Ventures, tasked with helping students, staff and faculty navigate the treacherous path of a successful startup. Shortly after Realtime Robotics incorporated, Walker was visiting department meetings and faculty gatherings to introduce himself and explain what he had to offer.

“I pounced. I didn’t let him leave the room,” said Sorin, one of the founders of Realtime Robotics together with George Konidaris, now the John E. Savage Assistant Professor of Computer Science at Brown University. “Bill was a truly valuable resource to us—just a treasure trove of knowledge and insight. But his most valuable asset might have been his ability not to answer with giggling when asked truly naive questions.”

“In the first stage of my career I was a professor, and then I transitioned to become a full-time entrepreneur,” said Walker. “These experiences have taught me how to ‘speak’ academic and business and bridge the difficult gap of understanding between these two worlds. I have loved the past five years, where I’ve helped Duke innovators create new ventures to make the world a better place.”

Fast-forward five years and many averted giggle sessions, and Realtime Robotics is a 60-person company centered in Boston, Massachusetts with smaller teams in Germany, Japan and China.

Having recently completed a successful $31.4 million round of Series A funding, the company is already pulling in millions of dollars in revenue by selling robotic motion planning processors to early customers in heavy manufacturing, logistics and automaking.

In that timespan, Duke’s resources for entrepreneurial students, staff and faculty have grown tremendously. Duke OTC, while continuing to provide all intellectual property services including protection strategies, market and technology assessment, direct technology marketing, licensing, and mentoring and connection to potential investors through the Duke New Venture program, has been expanded to include the Duke Angel Network and new translational funds including the formerly named Duke Incubation Fund and the recently announced Gilhuly Translation Fund. Duke Engineering Entrepreneurship group—EngEn for short—integrates design experiences, entrepreneurial education, startup resources and a leadership team of successful entrepreneurs (including Bill Walker) to deliver technological solutions to societal needs in health, defense, climate change and beyond.

With so much support and so many routes to creating a startup at Duke, it’s no wonder that Duke ECE has become the home of multiple new startups. 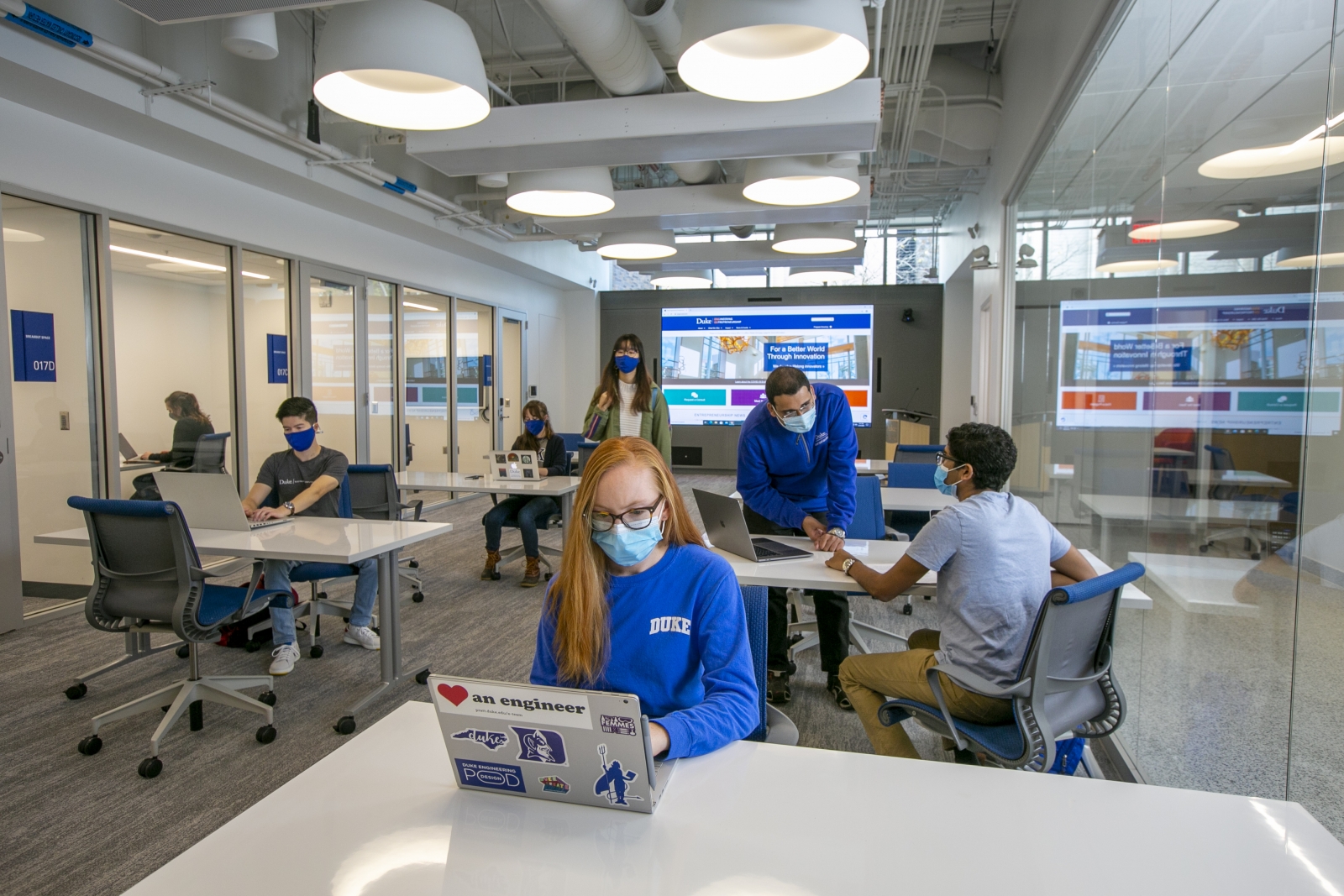 Duke EngEn has made its home in the new Wilkinson Building, with a centrally located Sondland/Durant Center for Entrepreneurship serving students and faculty across campus.

While Realtime Robotics didn’t necessarily need seed funding from Duke-affiliated sources to get their idea off the ground, many future successful businesses do.

In 2017, Duke’s Office of Information Technology (OIT) approached Leslie Collins, professor of ECE, and Jordan Malof, assistant research professor of ECE, for help with their security cameras. One of the biggest time sinks facing the group was having to manually inspect all of Duke’s security cameras on a regular basis to make sure they weren’t being blocked by a plant or smudged by pollen or an enterprising spider.

Drawing from a long history of using machine learning techniques to analyze photos and videos, Collins and Malof worked to develop a software package that could monitor the performance of security cameras autonomously. The technology learns the correct view each security camera is supposed to provide, and then alerts users whenever that view is compromised by issues such as blurring, tilting, tampering or glares.

After successfully launching the software on Duke’s campus, the researchers quickly discovered that the City of Durham and the University of Pennsylvania—where some of their colleagues worked—were interested in using it as well. They clearly had a potential company on their hands. They just needed to launch it.

“One of the biggest resources we used was the Duke Incubation Fund,” said Malof. “When you’re just starting out, most people generally don’t have $20,000 of their own money to kick off a business venture. Without the Incubation Fund, I’m not sure if we would have continued with the project.”

"Without the Incubation Fund, I’m not sure if we would have continued with the project.”

But continue they did. With seed money in hand, the team set to work using many of Duke’s other entrepreneurial resources to get Security Camera Maintenance Company, or “SCMC," off the ground. Once again, Duke OTC was instrumental in filing patent applications and completing a licensing agreement. They also had recently launched their Mentor-in-Residence program.

Mentors-in-Residence (MIRs) are entrepreneurs who have successfully raised capital for, built, sold or invested in start-up companies. Working with Duke OTC, these forward thinkers share their insights, experiences and numerous connections with startup projects. Each MIR handles a portfolio of projects related to their particular field of expertise and provides astute and personalized guidance to help create great new ventures.

SCMC worked with MIR Kurt Schmidt, a member of the Duke Angel Network who has served as a board member, chairman and advisor to technology innovators from San Francisco to Sydney to Shanghai. He met with the team on a weekly basis, helping them through issues that require more of a close engagement with the company, such as working through the script when cold-calling potential customers.

And similarly to Realtime Robotics, Bill Walker was also a big help to the fledgling company.

“If you’ve never gone through the process before, you don’t know whether you’re doing things right. There’s no guidebook,” said Malof. “Having access to these seasoned veterans was priceless. They can often tell you when you’re on the right track (or not!); or simply to confirm that yes, it is supposed to be this hard.”

Duke ECE Entrepreneurship at a Glance 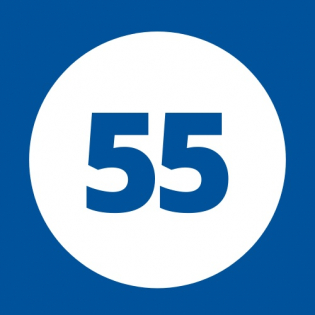 From metamaterials to medical diagnostic devices, Duke electrical and computer engineers operate at the frontiers of discovery 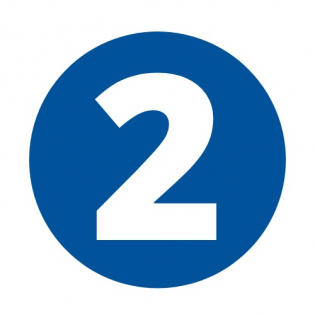 Evolv Technology and IonQ merged into special-purpose acquisition companies, or SPACs, worth $1.7b and $2b, respectively 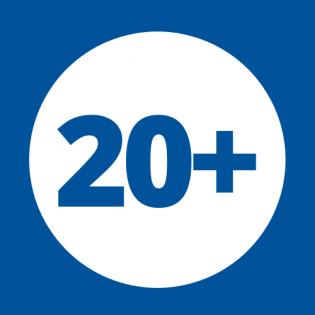 With all the resources and networks available to the Duke ECE community, it's small wonder that spinoffs continue to grow in number

While the $20,000 provided through the Duke Incubation Fund was exactly what SMSC needed to get started, it didn’t quite fit the bill for Aaron Franklin’s idea for an all-in-one testbed for biosensors and other electronic devices. Thankfully, Duke had plenty of resources to help him figure that out.

As so many inventions do, the inspiration for Versametrics was born from necessity. Franklin’s laboratory is focused on improving the performance and functionality of nanomaterial-enabled electronic devices. And if you’re working to improve the performance of such devices, you’re going to need to be able to test them in a lot of different ways. The trouble is that obtaining, housing and using all of that equipment is both cumbersome and expensive.

To help his own lab’s research, Franklin asked his students to work on a low-cost platform that could fit in the palm of your hand but still feature most of the measurement capabilities needed to characterize and test new electronics. Once a device was in working order, he thought maybe it could also help other labs working in similar fields.

“The platform has all of the nascent seed story elements found in many startups,” said Franklin, the Addy Professor of Electrical and Computer Engineering and Chemistry. “We saw a need, addressed the need ourselves, and then realized that there’s probably others out there with similar needs, so maybe we should see if there’s a market for this.” 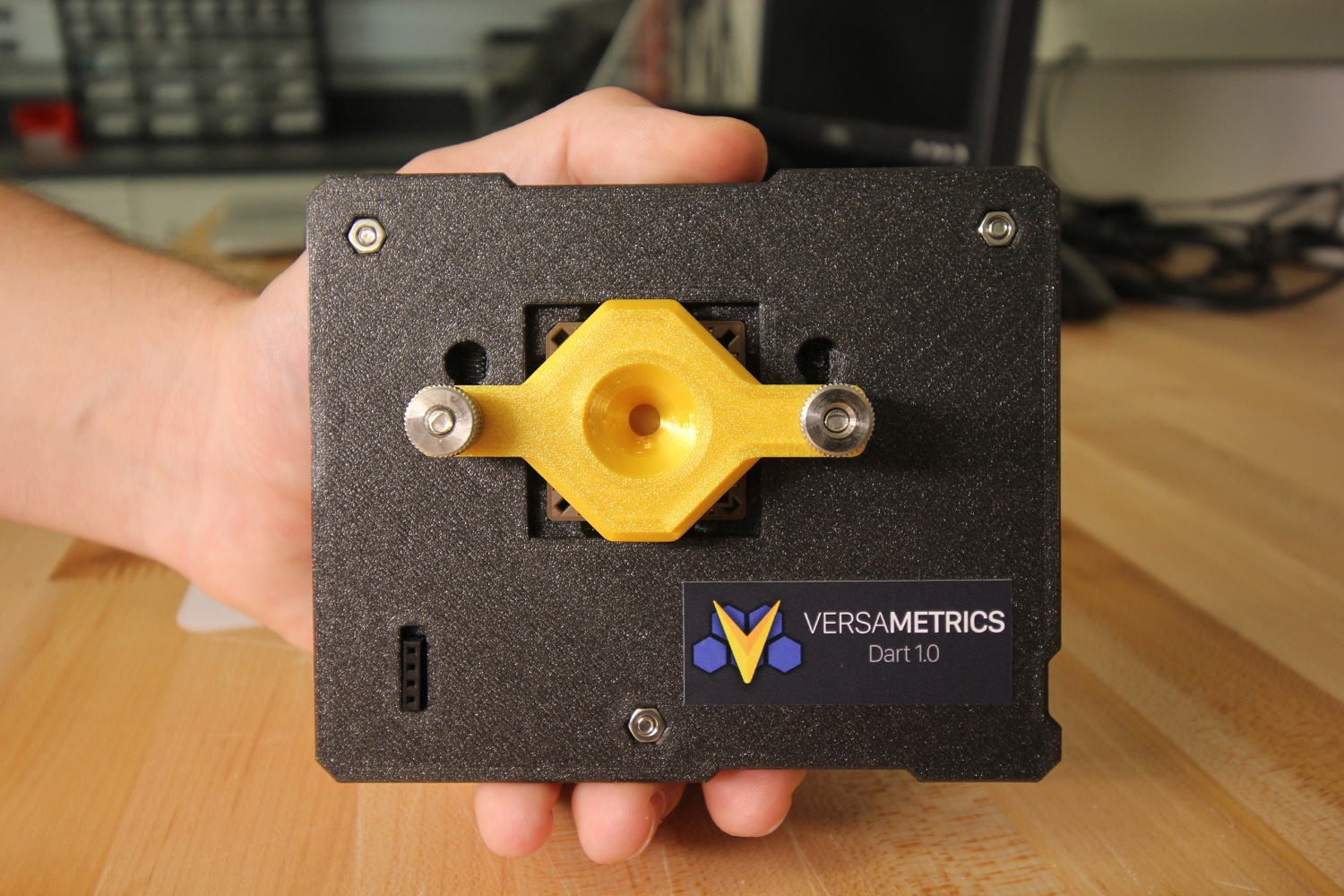 Graduate student Jay Doherty holds the Dart 1.0
The group’s first stop was—as everyone’s should be, says Franklin—Duke OTC. After filing an invention disclosure and provisional patent application, the researchers were provided with a “Technology Fellows Report.” Produced by one of the fellows in OTC’s Tech Transfer Fellows program, the concise report offers preliminary research on aspects such as the patent and market space.

“For someone who doesn’t understand how to evaluate a potential market, it’s a really great starting point,” said Franklin. “And it’s not a 50-page treatise, it’s a three-to-five page report that still contains all of the information you need.”

Duke OTC also partnered the group with one of their in-house consultants—once again, as it turns out, Kurt Schmidt—who worked with the group from a sort of third-party perspective in the negotiations of licensing rights and fees between Duke and their potential startup. In parallel, Franklin also sought advice from one of Duke Engineering’s newest startup resources, EngEn.

Through EngEn, Franklin and his students were set up with—surprise, surprise—Bill Walker for advice and guidance shepherding the technology startup to the point where it becomes self-sustaining. It was here that Franklin was asked what the goal of their startup was—to become a multibillion Fortune 500 company or to create a little widget that will make a few thousand people’s lives easier?

“In our case, the size of the company we anticipated building and our end goals didn’t align well with what would have been required to go through the Duke Incubation Fund,” said Franklin. Instead, Versametrics sought and obtained through the National Institutes of Health’s (NIH) Small Business Innovation Research (SBIR) program, also called “America’s Seed Fund.”

With so many resources available for potential entrepreneurs—both within Duke Engineering and Duke University as a whole—it’s no wonder that more faculty are flexing their startup muscles then ever before. In 2020 alone, Duke Engineering was home to 132 new invention disclosures and 37 newly issued patents. With statistics like those, the number of spin-off companies—currently standing at 54—is set to grow by leaps and bounds.