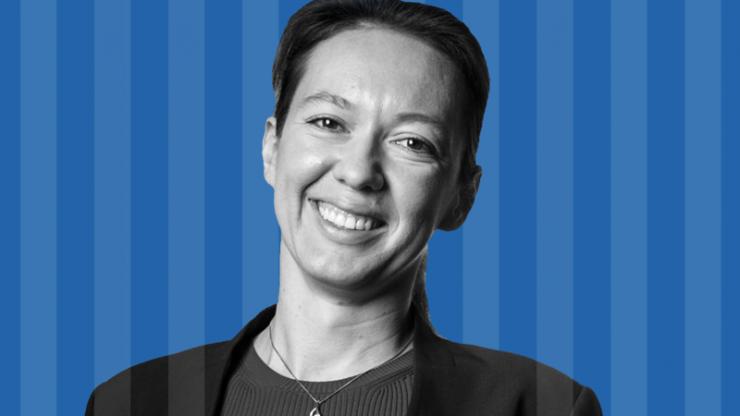 Maria Gorlatova has joined the faculty in the Department of Electrical and Computer Engineering at Duke University’s Pratt School of Engineering. With both industry and academic experience making connected devices smarter, more secure and more responsive, Gorlatova adds a new and exciting dimension to Duke Engineering’s growing expertise in developing tomorrow’s technologies.

After earning bachelor’s and master’s degrees in electrical engineering at the University of Ottawa, Gorlatova completed her doctorate at Columbia University in the same discipline. She then spent stints at IBM and D.E. Shaw Research leading a custom Anton supercomputer design and development program before joining Princeton University’s EDGE Lab in 2016.

For the past few years, Gorlatova has had her head firmly in the fog, where she plans to keep it while forming new collaborations at Duke.

“Fog computing or edge computing is related to cloud computing,” said Gorlatova. “The difference is that instead of sending tons of data up to the cloud to be processed, we distribute certain components of that computing between the smaller devices, processors and gateways on the ground—the ones that are all around us all the time.”

One way Gorlatova is pursuing these goals is by bringing advanced machine learning techniques currently relegated to large data centers to the processors inside distributed devices that pervade the modern world. Rather than having smart home systems and wearable devices simply record data, this will allow them to actually respond to the data and provide a more customized, predictive and interactive experience. She has also investigated how much energy kinetic-energy-harvesting devices could gather to power other wearable devices.

Gorlatova’s specific work with AR is large in both scope and ambition. She is currently exploring a range of approaches for improving AR experiences with fog computing, including making the experiences more adaptive and more secure while enabling advanced communication and networking support for them. In one specific example, she’s trying to make AR devices smart enough to know where to place holograms in the user’s field of vision so as to not obstruct important objects.

“My research is very experimental and deals with multiple layers of both hardware and software,” said Gorlatova. “My goal is to make these devices lighter, smarter and more energy-efficient. Rather than having fixed functional designs, I want the devices to train themselves to adapt to their environment and their particular user’s needs for a new level of performance.”

In the classroom, Gorlatova says she is looking forward to mentoring the high caliber of undergraduate students Duke attracts, and loves enabling their achievements. She has had many mentees join top technology companies, including Microsoft, AT&T and Oracle, and helped one student earn a graduate fellowship at Stanford University and another receive the Columbia University’s Department of Electrical Engineering Award for Achievements in Research—the top undergraduate research award given by the department.

“Duke’s IT department is the most innovative I have ever personally encountered,” said Gorlatova. “The way they engage with researchers is invaluable.”