New faculty member Michael Reiter spends a lot of time with his head in the clouds, but his work on computer security started long before 'the cloud' was even a thing 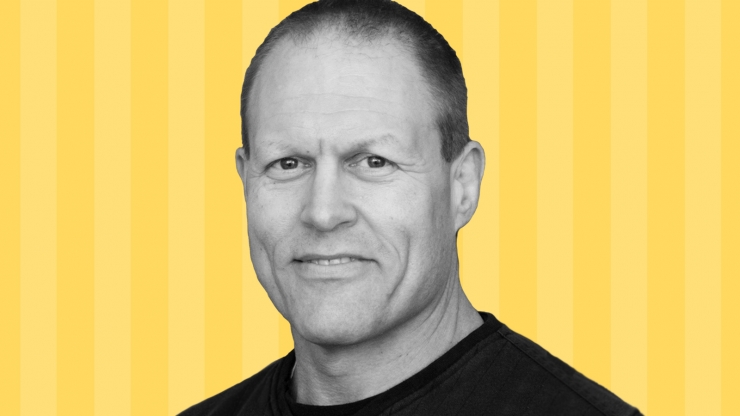 Computer scientist Michael Reiter, who will join the Duke faculty in January, spends a lot of time with his head in the clouds. But his work on computer security started long before ‘the cloud’ was even a thing.

Specifically, Reiter is looking for ways to make cloud computing more secure for its users, despite the cloud being an ever-shifting assembly of servers located who-knows-where and populated by machines that are considered virtual, not real. Cloud computing means lots of different users can share resources more efficiently and affordably than traditional computing, but sometimes your neighbor in the cloud may be up to no good.

Fun Fact: Works with the middle and high school program 'Girls Who Code'

“One of the great things about security is that the issues that one has to address change over time as new technologies emerge,” Reiter says from his bookshelf-lined home office in Chapel Hill.

”The kind of issue that we've tried to explore is when an adversary is co-resident with your computations on the cloud, running on the same hardware,” he says. “The footprint that your computation leaves on the physical hardware might reveal information to the adversary who's also right on that hardware. Even though the adversary does not have privileges to see your data or computations, they can still figure out what you were doing.”

By studying how an adversary might be able to watch your work come and go from a shared data cache, “we were able to demonstrate from these hints that you could actually do things like steal cryptographic keys,” Reiter says. It’s one of several forms of ‘leakage’ his team has been exploring.

"I got to learn about what Duke was interested in [regarding cybersecurity] and I thought ‘Well now, this is interesting. You know what, maybe I will talk to those guys, because there's a lot of ambition at Duke in this space.’"

Technology and security are ever-changing, however.

“One of the things we try to do educationally is to equip people with the right tools to be able to recognize forthcoming security issues when they're out in the wild, developing new products or developing new technologies,” Reiter says. “You know, as soon as a new technology comes out, there's all kinds of unforeseen consequences or all kinds of new issues that come up. We try to give (students) the tools to head some of this off at the pass.”

Reiter has also worked on something called the Byzantine Generals Problem, in which a network of computers are communicating to come up with a unified strategy, but they cannot be sure that all of the other machines are trustworthy or telling the truth.

“This shows up in modern vernacular primarily in blockchain systems,” he says. “You have a collection of computers that are physically distributed trying to maintain a totally ordered ledger of financial transactions or something like that. And some of them may be motivated to try to cause different parts of the system to see different versions of that ledger.”

Reiter’s recruitment to Duke was sort of a happy accident. As a good friend and neighbor of Duke's, the UNC professor agreed to join a lunch meeting last year at which Duke faculty were trying to recruit a new expert to beef up their work on cybersecurity.

“I was more than happy to do that, and it would have been a pleasure to have a colleague right next door,” Reiter said. “But through that lunch, I got to learn about what Duke was interested in and I thought ‘Well now, this is interesting.’” Negotiations with the candidate didn’t work out and that person decided not to come to Duke.

“Once it played out that way, I thought, ‘You know what, maybe I will talk to those guys, because there's a lot of ambition at Duke in this space.’ And I found it kind of exciting.”

Reiter also has been involved with efforts at UNC to improve the diversity of computer science, including work with the middle and high school program “Girls Who Code.”

“One of the things that I really kind of regret about where we are in computer science is the field doesn't seem to be attracting brains from a lot of different parts of humanity,” Reiter says.  “We have to engage all corners in developing this technology that's going to rule our lives or support our lives.”

Reiter grew up in Texas and graduated high school in Asheville, NC, before coming to UNC for undergrad. After earning a PhD in computer science from Cornell, Reiter worked at AT&T Labs and Carnegie Mellon University before returning to Chapel Hill.

For now, Reiter has no plans to move his wife and daughter from their home in south Chapel Hill, though he says his commute just got a little harder.