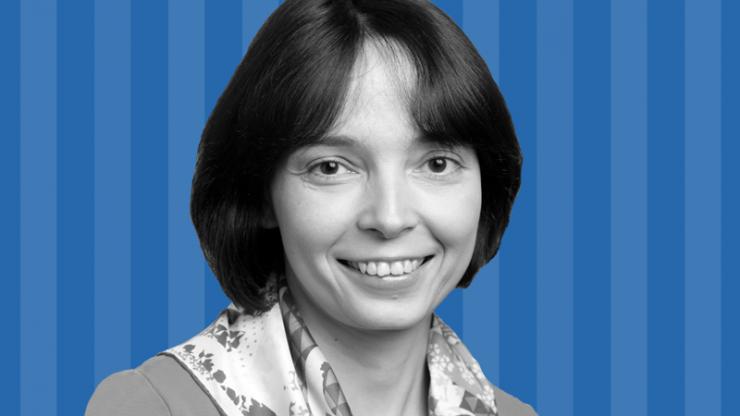 Natalia “Natasha” Litchinitser will join the faculty of the Department of Electrical and Computer Engineering at Duke University beginning August 1, 2018. With a strong portfolio of past and current projects that seek to manipulate light through engineered materials, Litchinitser joins a formidable group of researchers studying metamaterials at Duke.

A metamaterial is an artificial material that manipulates waves like light and sound through its structure rather than its chemistry. Researchers can design these materials to have rare or unnatural properties, like the ability to absorb very specific ranges of the electromagnetic spectrum or bend light backward.

Litchinitser’s primary focus is on metamaterials that manipulate the visible portion of the electromagnetic spectrum. It’s a specialty that she has been developing since metamaterials were first discovered.

“I was working with fiber optics at Bell Labs when the first papers on metamaterials started being published,” said Litchinitser, who joins Duke’s faculty from the University at Buffalo. “When the field really started to take off, I started doing my own theoretical studies, and it wasn’t long before optical metamaterials became my primary focus.”

I like the environment at Duke and how collaborative the faculty are. And nowhere else has so many people working on different types of metamaterials.

Her research has shown how metamaterials can be used to dynamically switch the structure of a beam of light from a simple circular beam resembling water flowing through a tube to a vortex that looks more like water going down a drain. The ability to change the light’s structure in this way could be used to encode information through multiplexing, a process that allows multiple streams of data to share the same cable or airwaves.

More recently, Litchinitser’s research has focused on topological photonics, which seeks to direct light around tight corners using tiny waveguides that don’t lose any photons to scattering. Another project uses mathematical models to design very different structures which scatter light in exactly the same way. Both projects hold the potential to improve light-based computer and communication systems. She’s also using metamaterials to focus microwave beams to power sensors embedded in a person’s body to monitor the growth or shrinkage of tumors.

While her approaches to metamaterials are not the same as her new Duke colleagues’, Litchinitser sees many opportunities for collaboration.

“I’ve known about the metamaterials research going on at Duke for a long time—David Smith is one of the top people in the world in metamaterials—so I’m very excited to be joining them,” said Litchinitser. “I like the environment at Duke and how collaborative the faculty are. And nowhere else has so many people working on different types of metamaterials.

“Nobody else at Duke is working with structured light and light vortices, so hopefully I can combine that work with what other people are doing,” continued Litchinitser. “While there are others working on nonlinear effects in microwave metamaterials, my work is focused on the optical frequency range, making our research complimentary to that of other groups. But having people to discuss it with is always helpful, which is why I’m looking forward to developing collaborations with everyone in the Center for Metamaterials and Integrated Plasmonics, including Nan Jokerst, Willie Padilla, Maiken Mikkelsen and Steve Cummer.” 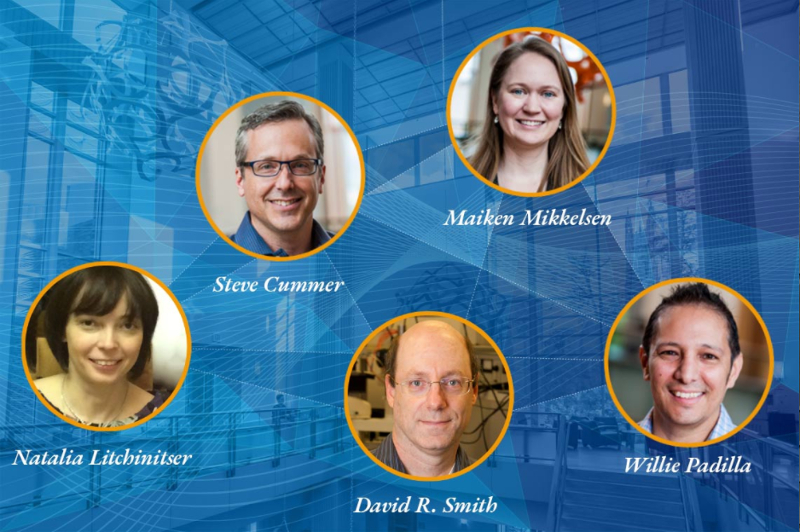