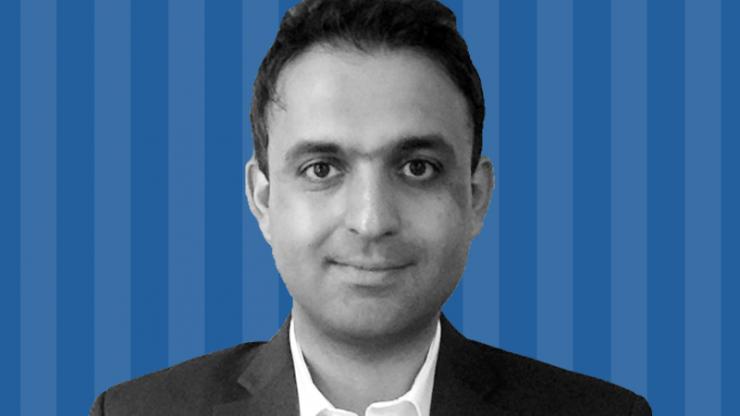 Iman Marvian will join the faculty of Duke University’s Departments of Electrical and Computer Engineering and Physics beginning January 1, 2018. An expert in quantum information theory, Marvian will join and complement a growing corps of faculty members working to explore and harness quantum phenomena for technological applications.

Classical laws of physics break down dramatically at extremely small scales—individual atomic particles follow their own rules dominated by surprising concepts such as quantum entanglement and the Heisenberg Uncertainty Principle.

Researchers have been working to understand these rules and manipulate an atom’s quantum state for decades. Some groups, such as the one at Duke led by Jungsang Kim, professor of electrical and computer engineering, are closing in on scalable quantum computers. Others are working to develop new methods of encryption and communication.

Marvian works with the theory that’s essentially the backbone on which these advances are built.

“There are very strong ties between departments and everybody is open to new ideas. Things are really happening. It’s an exciting time to be at Duke.”

“The principles of quantum theory were discovered nearly 90 years ago, so the textbooks written in the 1930s are still valid," said Marvian, who joins Duke from the Massachusetts Institute of Technology. "Many amazing implications of this theory, however, were not understood until recently.  In the last thirty years, we have been able to better understand quantum theory and develop the technology to control individual quantum systems. It’s a very exciting time to be a quantum theorist.”

The basic building blocks of a quantum device are qubits. These are the quantum mechanical analogue of a classical logical bit, which can be in a “1” or a “0” state, except a qubit can be in both positions at the same time.

Scientists are close to being able to reliably connect a few dozen qubits together into a functioning quantum computer. While this is an unprecedented achievement, many questions remain about how exactly to go about using the computers that result. Fifty qubits is still not enough to solve interesting problems such as factoring large numbers. So how can researchers use these emerging computers to explore something interesting until they become more powerful?

“Interacting with experimentalists gives me new insights and opens up new questions on how quantum information theory can be useful beyond a particular case,” said Marvian.

Marvian will be working closely with Kim’s group, as well as the laboratory of Kenneth Brown, another newly hired faculty focusing on quantum computers, on all of these questions and more. As a member of the new Provost-supported Quantitative Initiative at Duke, he’ll also work to develop collaborations in other areas where quantum information theory can be useful, such as understanding quantum gravity and condensed matter physics.

As for why he decided to join the faculty at Duke, Marvian cites the culture and momentum he experienced during his time on campus.

“There are very strong ties between departments and everybody is open to new ideas,” said Marvian. “Things are really happening. It’s an exciting time to be at Duke.”