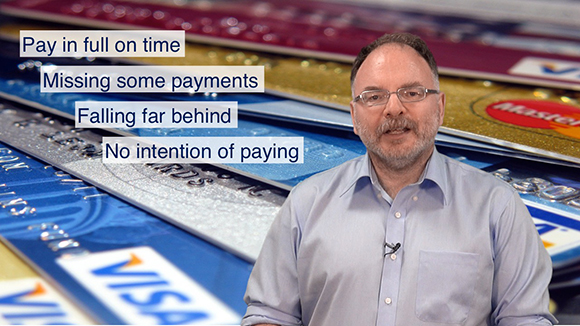 With every new student who enrolls in his online data analytics course, Daniel Egger senses the corporate world scrambling to redefine itself.

Egger is an executive-in-residence in Duke's Master's of Engineering Management program, where he is co-teaching a new series of online courses aimed at helping students keep up with the fast-changing world of data analytics.

And if the staggering number of people enrolling in his courses is any indication, the corporate world is taking heed of a shifting, numbers-driven landscape and struggling to keep up.

"There's a huge tech and corporate shift going on; the skills you need in business are changing a lot," says Egger, who came to Duke in 2009 following a long career as a software entrepreneur and venture capitalist. "It's much more necessary to be able to make sense of massive amounts of raw digital information and make decisions quickly. Companies that don't do this are going out of business."

The suite of courses that Egger co-developed with Jana Schaich-Borg, a neuroscientist at Duke, is offered through Coursera, the digital education platform that has helped champion the MOOC – or Massive Open Online Course.

Duke partnered with Coursera in 2012 and has since developed dozens of courses across the spectrum of academic topics, free and available to anyone with an Internet connection. While the analytics courses are free, there's a pay version as well that has proven popular. For $80 each – or $400 for the whole package – students receive extra assignments and a certificate upon completion.

These courses, unveiled last fall, suggest that people – many mid-career professionals in search of additional training – are willing to pay for a new certification from a well-regarded university. More than 5,000 people bought the most popular of the five-course series, which takes roughly seven weeks to complete. Overall, more than 20,000 courses have been purchased already, many from people abroad.

The demand speaks to the changing needs of companies and employees alike, says Schaich-Borg, who teaches two of the four courses.

"It's much easier to collect and store data than it is to interpret it," she says. "To create value out of data, a company needs a team that can pose answerable questions with the data it has or with the data it can get. Posing these "right" questions requires a suite of skills that are rarely taught together in any one discipline. As a consequence, companies struggle to find employees who can meet all their needs, and students struggle to gain access to the learning experiences that prepare them for what companies want them to do." 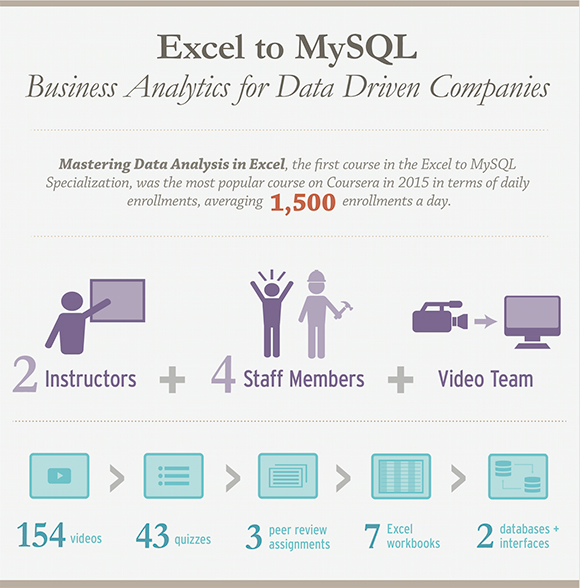 Since 2014, all Duke courses offered through Coursera have included a paid certificate version. The Excel to MySQL Specialization courses have by far brought in the most paying customers, while a series of Java programming courses has also proven profitable, says Lynne O’Brien, Duke’s associate vice provost for digital and online education initiatives.

These courses appeal to students who fall between the traditional undergraduate and those seeking a terminal degree.

“There’s this huge untapped market of people who want these skills and are willing to pay something for it,” O’Brien says. “Most people in these classes have degrees and years of work experience.”

One such student is Paul Leigh, 55, an IT manager with Dupont Pioneer in South Africa. Leigh’s company develops and markets corn, sunflower, soy bean and other seeds to African farmers. It is an ancient industry that, like many, is fast using data analytics for research and development, analysis of markets and communications with customers.

So Leigh enrolled in Duke’s five-course data analytics specialization, an investment he says was worth it because he’s motivated to move his career forward, understand new technologies and make himself as marketable as possible.

“We all need to be committed to life-long learning and that’s especially important in high-tech businesses where new technologies present opportunities or threats, depending on how you respond to them,” he writes in an email.  “This course should make me more valuable within the organization and position me to contribute to the Big Data world that the company is entering.”

While many universities offer master’s degrees in data analytics, Duke is among a very few that offers a suite of online courses.. More than 100,000 people have tried at least one of the courses for free. Nearly 70 percent work full-time and nearly half of the students already have advanced degrees, according to demographic information gathered by Coursera.

John Driscoll, 63, is a semi-retired petroleum executive who has worked for more than three decades in Singapore. Data science is changing how his industry operates, Driscoll says, which is why he has turned to online courses to keep up. He took a free version of one of the analytics courses.

“These innovations are changing the way business is conducted,” he writes in an email. “I can see it taking hold in pricing, supply chain management, analysis, strategy and risk management.”

Driscoll works mostly as a consultant these days, occasionally lecturing at universities in Singapore where the students know more about analytics than he does, he says.

The gathering and crunching of data has become critical in industry, Egger says, pointing to the success of Amazon and the failure of so many competitors to give the online shopping portal a real challenge. But data analytics casts a far broader net than just determining people’s shopping habits.

“There’s a need in every industry,” Egger says. “It doesn’t matter if you’re in aerospace or a non-profit advising people on energy use.”