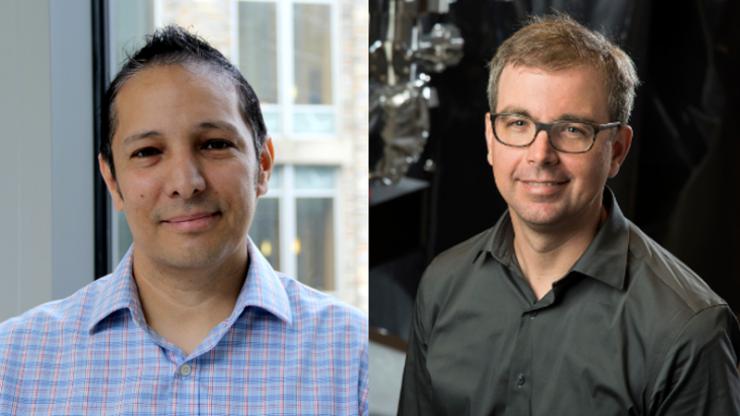 Upon the recommendation of the APS Division of Laser Science. Padilla was cited for, “co-discovery of negative refractive index, the development of dynamic metamaterials and devices, and the development and understanding of metamaterial and metasurface absorbers in the microwave, terahertz and infrared ranges of the electromagnetic spectrum.”

A metamaterial is an artificial material that manipulates waves like light and sound through properties of its structure rather than its chemistry. Researchers can design these materials to have rare or unnatural properties, like the ability to absorb specific ranges of the electromagnetic spectrum or to bend light backward.

Padilla worked on the original split-ring resonators that first demonstrated the abilities of metamaterials at UC San Diego in the early 2000s. After spending several years at Boston College, he rejoined several of his UC San Diego colleagues in 2014 who had since formed a prominent metamaterials group at Duke Engineering.

Since then, Padilla has worked on several lines of basic research exploring what these materials are capable of, particularly in the terahertz regime of the electromagnetic spectrum. Some examples include streamlined infrared sensors, metal-free metamaterials that can absorb electromagnetic energy without heating up, and dynamically tunable metamaterials that can quickly change properties on a sub-millimeter scale.

Brown was cited for “the development of quantum control and quantum error-correction routines and the experimental implementation of these ideas in trapped atomic ion qubits and molecular ions” upon the recommendation of the APS Division of Quantum Information.

For the past several years, Brown has been working with colleagues at Duke to combine their experimental progress made toward robust quantum computing hardware with his theoretical work aimed at getting the most out of that hardware possible. The end goal is to develop the world’s first practical quantum computer, which could solve complex problems such as encryption or models of chemical reactions on a molecular level much more efficiently than traditional computers.

The technology being pursued to accomplish this uses trapped ions—atoms with electrons stripped away to give it a positive electric charge. That charge allows researchers to suspend ultra-cooled atoms using an electromagnetic field in an ultra-high vacuum, where precise lasers manipulate their quantum states. Brown’s work in this realm of quantum technology has focused on the theoretical and numerical work needed to make quantum logic gates more reliable and robust by reducing their error rates.