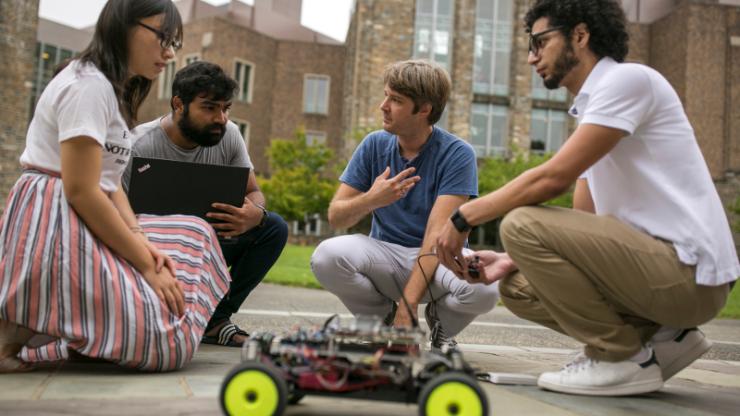 SIGBED is a focal point within the ACM for all aspects of embedded computing systems, including both software and hardware. Its Early Career Researcher Award recognizes “outstanding contributions by early career investigators in the area of embedded, real-time and cyber-physical systems." Recipients are chosen for their entire body of work, not just a particular project or two, based on their impact in the field.

Pajic’s research focuses on high-assurance system design methodologies for cyber-physical systems (CPS), which feature tight interaction of computing with the physical world. CPS are the next generation of safety-critical embedded control systems, in domains spanning from autonomous vehicles, industrial automation and advanced manufacturing, to medical devices and systems, energy-efficient buildings, and smart cities. Pajic and his students are creating ways to build such systems with strong safety, efficiency and security guarantees.

For example, one of his projects focuses on providing safety guarantees for autonomous vehicles even in the presence of adversarial activities. His approach takes advantage of a car’s interactions with its physical environment to detect attacks and provide resiliency against them. For instance, a digital assailant could compromise the GPS to take an autonomous vehicle off course. But by using previous sensor measurements combined with standard security protocols, Pajic and his team have shown that the car can recognize the false data and act accordingly.

Pajic’s work in this arena has also recently earned him several awards including a National Science Foundation CAREER Award, Young Investigator Award from the Office of Naval Research, IBM Faculty Award, as well as the Best Paper Award at the EMSOFT conference—the top conference in the area of embedded system software, which is organized and sponsored by SIGBED.