With a tweak of only 0.3 millimeters, a material designed to absorb all light of a specific color demands the waves be synchronized as well 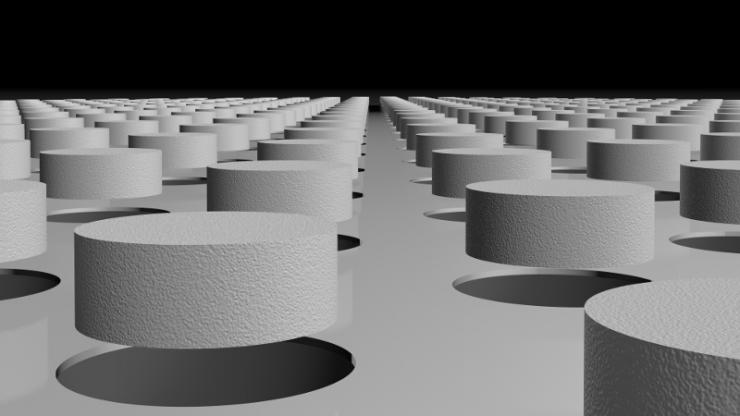 The width, height and spacing of the cylinders depicted here dictates how the metamaterial described in the new paper absorbs electromagnetic energy

Researchers at Duke University have discovered that a perfect absorber of electromagnetic waves they described in a 2017 paper can easily be tweaked into a sort of “time-reversed laser” known as a coherent perfect absorber (CPA).

The research appeared online on January 28 in the journal Advanced Optical Materials.

A laser is a device that transforms energy into coherent light, meaning the light waves are perfectly aligned with one another. Reversing the process, a CPA—sometimes called a time-reversed laser—is a device that absorbs all of the energy from two identical electromagnetic waves hitting it from either side in perfect synchrony. That is, the crests and troughs of their waves enter the material from either side at precisely the same time.

In 2017, Willie Padilla, professor of electrical and computer engineering at Duke, built the first material capable of absorbing nearly 100 percent of an electromagnetic wave’s energy without containing even an atom of metal. The device was a metamaterial—synthetic materials composed of many individual, engineered features that together produce properties not found in nature. 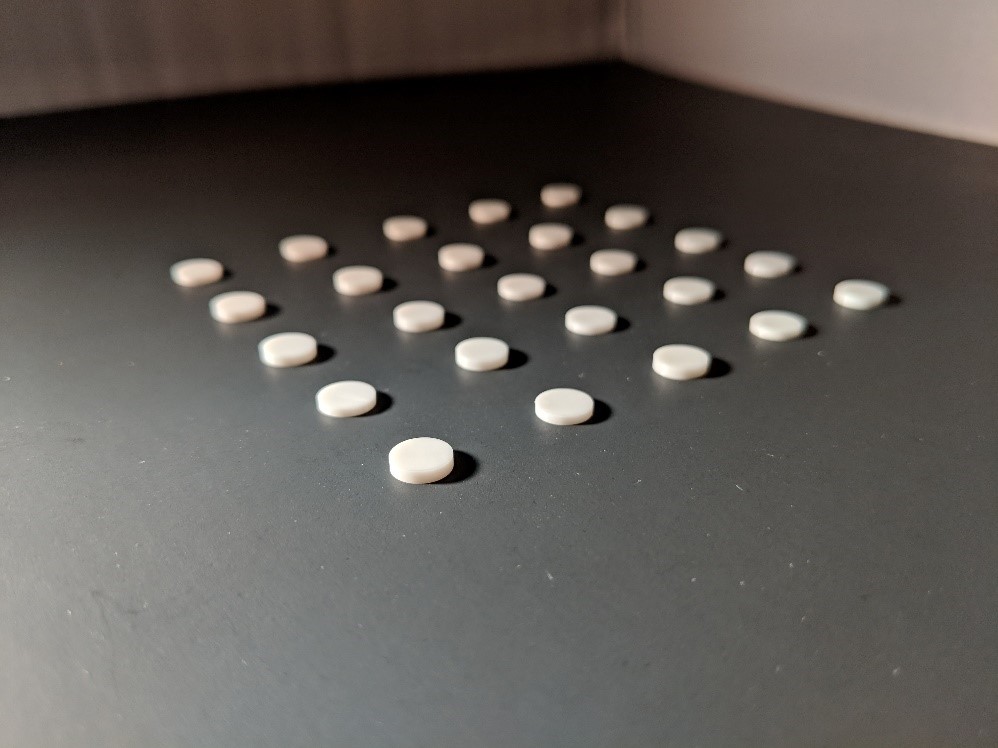 This particular metamaterial featured zirconia ceramic constructed into a surface dimpled with cylinders like the face of a Lego brick. After computationally modeling the device’s properties by altering the cylinders’ size and spacing, the researchers realized that they had actually created a more fundamental kind of CPA.

“We’ve studied this system before as a perfect absorber, but now we’ve figured out that this device can be configured to be a CPA as well,” said Padilla. “This study has shown that these seemingly different fields are actually one and the same.”

The CPAs currently described in the literature all have only one mode. They work when the incoming electromagnetic waves are either perfectly aligned or perfectly out of sync. Padilla and Kebin Fan, a research assistant professor in Padilla’s laboratory, have discovered that their perfect absorber is actually a CPA with two overlapping modes: it can absorb both aligned and misaligned waves.

By changing the material’s parameters so that the two modes no longer overlap, Padilla and Fan were able to show it could easily become just like the CPAs currently in the literature, but with much more versatility. 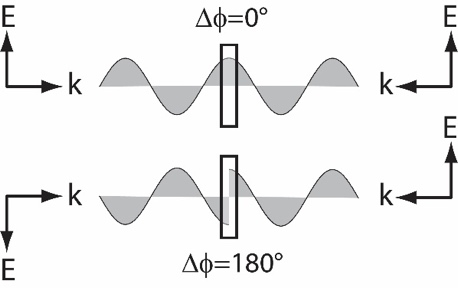 “Typical CPAs have only one variable, the material’s thickness,” said Fan. “We have three: the cylinders’ radius, height and periodicity. This gives us a lot more room to tailor these modes and put them in the frequency spectrum where we want them, giving us a lot of flexibility for tailoring the CPAs.”

In the paper, the researchers show that their device can switch between absorbing all phases of electromagnetic waves and only those in sync with one another merely by increasing the height of the cylinders from 1.1 millimeters to 1.4. With this ease of transition, they believe it should be possible to engineer a material that can dynamically switch between the two.

“We haven’t done that yet,” said Padilla. “It is challenging, but it’s on our agenda.”

While there aren’t currently any devices that make use of the abilities of CPAs, Padilla and Fan have a few in mind. In principle, researchers could engineer a device that measures not just the intensity of incoming light like a normal camera, but also its phase.

“If you’re trying to figure out the properties of a material, the more measurements you have, the more you can understand about the material,” said Padilla. “And while coherent detectors do exist—we have one in our own lab, actually—they’re extremely expensive to build through other technologies.”

This research was supported by the Department of Energy (DE-SC0014372).