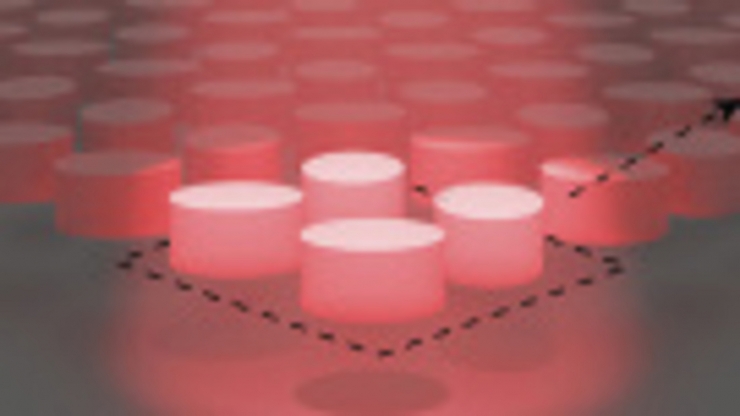 Electrical engineers at Duke University have devised a new method for solving difficult design problems with many potential solutions in a large design space using machine learning. Dubbed the “neural-adjoint method,” the approach successfully unearths an optimized design for an electromagnetic communications device and could also be used for many other design challenges ranging from biomedical imaging to holography.

The research appeared online February 24 in the journal Optics Express.

The quandary being addressed by the new machine learning method is solving inverse problems, meaning researchers know the result they want but aren’t sure the best way to achieve it. Within this type of challenge is a class called ill-posed inverse problems, which means there’s an infinite number of solutions with no guidance as to which might be the best.

“If given two numbers to add, you can get a direct and simple solution,” explained Willie Padilla, professor of electrical and computer engineering at Duke. “But if I say to give me two real numbers that add up to three, there’s an infinite set of numbers that could be the answer with zero understanding if the correct answer has been chosen. Flipping this simple task shows just how challenging an ill-posed inverse problem can be.”

In the new research, the specific task Padilla is seeking to solve is finding the best design for a dielectric (metal-free) metamaterial that produces a specific electromagnetic response. Metamaterials are synthetic materials composed of many individual engineered features, which together produce properties not found in nature. They achieve this through their structure rather than their chemistry. In Padilla’s dielectric metamaterial experiment, he uses a large sheet built from individual two-by-two grids of silicon cylinders resembling short, square Legos.

Calculating how the electromagnetic effects of an identical set of cylinders interact with one another is a straightforward process that can be done by commercial software. But working out the ill-posed inverse problem of which geometry will best produce a desired set of properties is a much more difficult proposition. Because each cylinder creates an electromagnetic field that extends beyond its physical boundaries, they interact with one another in an unpredictable, nonlinear way.

“If you try to build a desired response by combining the electromagnetic effects produced by each individual cylinder, you’re going to get a complicated map of many high and low peaks that is not simply a sum of their parts,” said Professor Padilla. “It’s a huge geometrical parameter space and you’re completely blind—there’s no indication of which way to go.”

Padilla’s new machine learning approach to navigating this complex design space starts by training a deep neural network with 60,000 simulations of different designs and the electromagnetic properties they produce. Even taking 14 geometric parameters into account, the machine learning algorithm learned the function that connects the complex geometry with the electromagnetic result.

At this point, the deep neural network could provide researchers with an answer to an inverse question of finding a geometry that can produce a desired response. But with 1.04 trillion potential solutions, it would take the neural network over three years to find an answer.

“To my knowledge, this is the largest photonics problem of geometric space that anyone has worked on,” said Padilla. “If you tried to solve it with a normal computer algorithm, it’d take a 600million years. The deep neural network only sampled 0.00000575% of the design space, but it learned the function anyway.”

While an impressive feat, it is the second step to this process that is truly novel. Although the researchers don’t know exactly what the function that the deep neural network came up with actually looks like, they can use it to work toward an optimal answer.

The new neural-adjoint method works by starting at 16,000 random points and calculating how good of a solution each is. It then allows each to move toward a better solution—a process called gradient descent. By repeating this process multiple times, the algorithm works its way to locally optimized solutions. Crucially, the researchers also set minimum and maximum boundaries based on their knowledge of the space that the machine learning is accurate within, which stopped the algorithm from getting too crazy with its solutions.

After 300 iterations, the program looks at the 16,000 locally optimal solutions it found and chooses the best option. It also indicates if there might be a boundary set on a parameter that might enable a better solution if it were expanded.

“In doing this research, we saw all of our best solutions jammed up against the maximum height we had set for the cylinders,” said Padilla. “We were limiting ourselves but didn’t know it. So we extended the height, did even more simulations, and indeed found a better solution.”

Applied to metamaterials, Padilla says this method could help develop flat communications antennas for the sides of buildings that can quickly reconfigure themselves to better reach nearby users. But he says it could also be used in a wide range of applications that collect information from electromagnetic waves. For example, interpreting x-rays or magnetic waves in medical imaging devices or developing computer-generated holograms.