Originally published in The Conversation 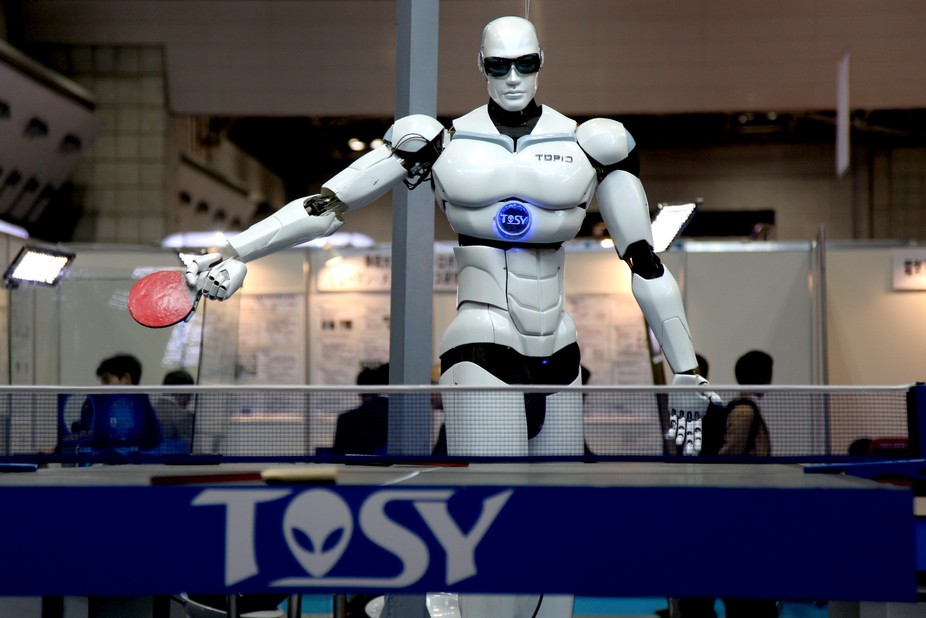 How can a drone get from one place to another in a forest, without colliding with any trees? How can a robot pick up a bolt and insert it into a casing, without smashing into any of the other moving objects in a crowded factory? Our ability to find a solution to this problem – which is called motion planning – will be critical to creating a new generation of robots that, unlike the industrial robots of today, can act in a world that has not been meticulously pre-prepared for them.

At first glance, motion planning seems easy. You do it all the time without even noticing! You don't have to consciously think about how to maneuver your arm to fetch the can of soda from the back of the fridge without knocking anything over; you just do it. And while very young babies flail around, they are experts at motion planning by the time they are toddlers. Unfortunately, motion planning is an excellent example of a problem that is easy for humans to solve, but has proven to be computationally very hard. In most cases, state-of-the-art motion planners for machines can take as long as several seconds to plan a movement.

The core challenge is collision detection: As the robot generates possible paths, it must check whether or not it would collide with objects in the world. Modern motion planners generate thousands or even millions of short motions that together form a complete movement and test them for collision one at a time. The process accounts for approximately 99 percent of the computational cost of motion planning.

The human brain, however, rarely does things one by one. Rather, it can perform massively parallel processing – that is, it can use its vast number of neurons to do many, many things simultaneously (in parallel) – to solve hard computational problems. Our approach in the lab has been to exploit the same type of parallelism by building a customized processor with a vast number of circuits, rather than neurons, that can operate in parallel. The processor's circuits perform massively parallel collision detection.

Our approach is based on a common motion planning method, called a roadmap. Robotic motion planning with a roadmap is analogous to planning a road trip using a geographic map in which sites are connected via streets. In such a road trip, you seek to find a path from your starting point to your destination site by choosing the shortest sequence of streets (which, taken together, comprise a path), none of which is currently closed for construction.

In a robot’s roadmap, each site is a pose of the robot (say, an arm position) and each street that connects two sites is a motion between those two poses. Motion planning involves finding a path from the starting pose to the goal pose that doesn’t collide with obstacles that might be nearby.

Typical motion planning algorithms build roadmaps with tens to hundreds of thousands of possible robotic poses and motions. Larger roadmaps are better, but they require more computation because each motion must be checked for collision with the environment, one at a time.

General-purpose computer processors, such as the ones in your laptop or smartphone, achieve remarkable performance on a wide range of tasks, but are not good enough for motion planning. These processors consist of circuits that do the calculations that software programs instruct. They can execute instructions quickly, but only a few at a time. This limitation is sensible and economical because typical software doesn’t have many instructions that can be done without waiting for previous instructions to finish. (This is just like in the real world, where you can’t start drying your laundry until after it has finished in the washing machine.)

Unlike typical software, the work performed for motion planning has lots of opportunities to make calculations independently of each other. In collision detection, every motion in the roadmap can be checked against every obstacle simultaneously, in parallel.

Our processor has a dedicated circuit for every motion in the roadmap, and all of these circuits operate in parallel. In the same way that the brain uses parallel computation, so does our processor with the calculations needed for collision checking. Each motion has its own circuit for calculation, dramatically reducing the time required to check possible paths. It's true that having a larger roadmap with more motions requires more total circuitry, but by trading off silicon for time, we are able to render a very hard computational problem easy.

For a roadmap with thousands of motions, prior techniques took multiple seconds and tens of Watts on typical processors. Even high-performance graphics processors took around a second and required hundreds of Watts. Our processor performs motion planning in less than 100 microseconds and using less than 10 Watts of power.

Our performance is so much faster and more power-efficient than prior techniques that it opens up many new opportunities for robots and autonomous vehicles. For example, a robot in your home could one day be able to make you breakfast, even if the milk isn't always in exactly the same place, and even if it is in a refrigerator the robot's designers have never seen before. And autonomous cars could avoid suddenly appearing obstacles – like a box falling off the back of a truck – while taking into consideration all the possible future movements of the other cars on the road. Robot factories, which are now extremely expensive because they have to be very carefully built to ensure precise predictability, could, in the future, be designed to produce a wider variety of much cheaper goods.

It may turn out that the robots of the future aren’t machines with a single very powerful computer in their heads – they’ll be more like machines with several, special-purpose circuits in their heads, optimized to solve the hard computational work of sensing and acting. Just like the brain.