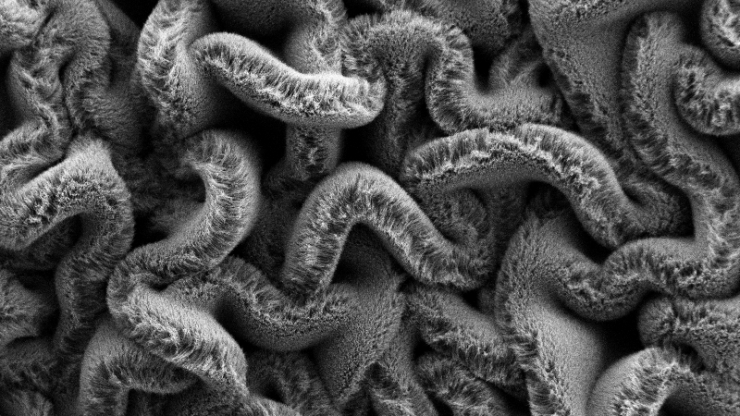 When carbon nanotube forests are placed on an elastomer substrate pre-stretched in two directions, it creates a maze of spaghetti instead of rows, improving the stretchable supercapacitor’s performance

Researchers at Duke University and Michigan State University have engineered a novel type of supercapacitor that remains fully functional even when stretched to eight times its original size. It does not exhibit any wear and tear from being stretched repeatedly and loses only a few percentage points of energy performance after 10,000 cycles of charging and discharging.

The researchers envision the supercapacitor being part of a power-independent, stretchable, flexible electronic system for applications such as wearable electronics or biomedical devices.

“Our goal is to develop innovative devices that can survive mechanical deformations like stretching, twisting or bending without losing performance,” said Cao, director of the Laboratory for Soft Machines and Electronics at MSU. “But if the power source of a stretchable electronic device isn’t stretchable, then the entire device system will be constrained to be non-stretchable.”

A supercapacitor (also sometimes referred to as an ultracapacitor) stores energy like a battery, but with some important differences. Unlike batteries, which store energy chemically and generate charges through chemical reactions,  an electrostatic double-layer supercapacitor (EDLSC), stores energy through charge separation and cannot create its own electricity. It  must be charged from an outside source. During charging, electrons are built up on one part of the device and removed from the other, so that when the two sides are connected, electricity quickly flows between them.

Also unlike batteries, supercapacitors are able to discharge their energy in short but massive bursts, rather than through a long, slow trickle. They can also charge and discharge much faster than a battery and tolerate many more charge-discharge cycles than a rechargeable battery. This makes them perfect for short, high-power applications such as setting off the flash in a camera or the amplifiers in a stereo.

But most supercapacitors are just as hard and brittle as any other component on a circuit board. That’s why Cao and Glass have spent years working on a stretchable version. 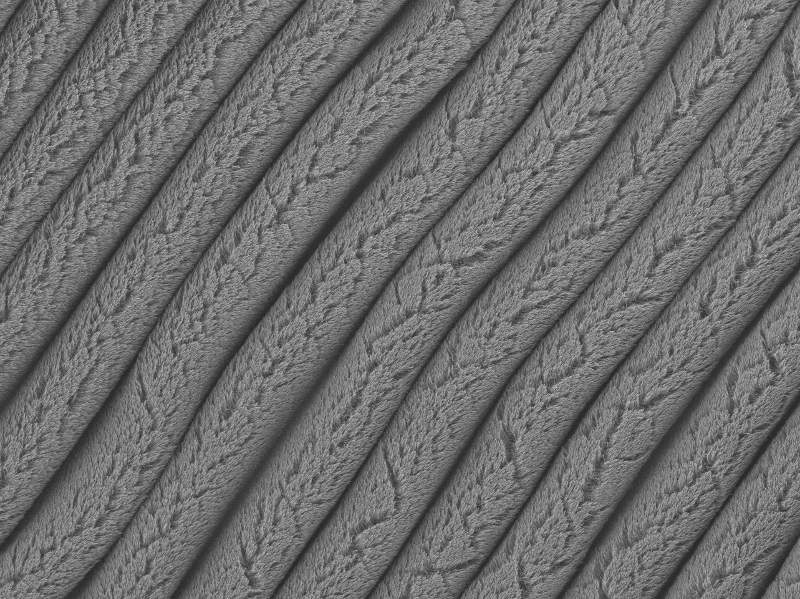 In their new paper, the researchers demonstrate the culmination of their work to this point, fabricating a stamp-sized supercapacitor that can carry more than two volts. When connecting four together, as many devices require for AA or AAA batteries, the supercapacitors could power a two-volt Casio watch for an hour and a half.

To make the stretchable supercapacitors, Glass and his research team first grow a carbon nanotube forest -- a patch of millions of nanotubes just 15 nanometers in diameter and 20-30 micrometers tall -- on top of a silicon wafer. That’s about the width of the smallest bacteria and height of the animal cell it infects.

The researchers then coat a thin layer of gold nanofilm on top of the carbon nanotube forest. The gold layer acts as a sort of electric collector, dropping the resistance of the device an order of magnitude below previous versions, which allows the device to charge and discharge much faster.

Glass then hands off the engineering process to Cao, who transfers the carbon nanotube forest to a pre-stretched elastomer substrate with the base gold-side-down. The gel-filled electrode is then relaxed to allow the pre-strain to release, causing it to shrink to a quarter of its original size. This process crumples up the thin layer of gold and smashes together the “trees” in the carbon nanotube forest.

The super dense forest is then filled with a gel electrolyte that can trap electrons on the surface of the nanotubes. When two of these final electrodes are sandwiched close together, an applied voltage loads one side with electrons while the other is drained, creating a charged super-stretchable supercapacitor.

“We still have some work to do for building a complete stretchable electronics system,” Cao said. “The supercapacitor demonstrated in this paper doesn’t go as far as we want it to yet. But with this foundation of a robust stretchable supercapacitor, we will be able to integrate it into a system that consists of stretchable wires, sensors and detectors to create entirely stretchable devices.”

Stretchable supercapacitors, the researchers explain, could power some futuristic devices on their own, or they could be combined with other components to overcome engineering challenges. For example, supercapacitors can be charged in a matter of seconds and then slowly recharge a battery that acts as the primary source of energy for a device. This approach has been used for regenerative breaking in hybrid cars, where energy is generated faster than it can be stored. Supercapacitors increase the efficiency of the whole system. Or as Japan has already demonstrated, supercapacitors can power a bus for urban commuting, completing a full recharging at each stop in the short time it takes to load and unload passengers.

“A lot of people want to couple supercapacitors and batteries together,” Glass said. “A supercapacitor can charge rapidly and survive thousands or even millions of charging cycles, while batteries can store more charge so they can last a long time. Putting them together gives you the best of both worlds. They fill two different functions within the same electrical system.”