John Board: Defending the Hive

It’s midday on a Monday, and there are around 100,000 devices active on Duke’s network—laptops, phones and scientific instruments among them. They are sending emails and experimental data, retrieving pay statements and accessing documents —all the things the busy Duke community does daily, without really thinking about the security implications of that networking.

Fortunately, the Duke Office of Institutional Technology, OIT, is constantly monitoring all that activity, searching for suspicious activity that might signal that an intruder has gained access to the information hive. Among its security measures is an innovative NSF-funded program called STINGAR, shorthand for “Shared Threat Intelligence for Network Gatekeeping and Automated Response.” To foil bad actors, the OIT team first sets an irresistible trap —a seemingly undefended trove of information, or “honeypot.” STINGAR watches the trap and IDs the attackers that show up there, then immediately locks them out to prevent them from gaining access to other Duke properties.

Unless, that is, the OIT team decides instead to lure attackers over the threshold and observe their behavior once they’re inside. “We learn about what they do, what kinds of attacks they use and what IP they report back to, which allows us to develop more elaborate defenses,” said STINGAR investigator John Board, a professor of electrical and computer engineering and Duke University’s associate chief information officer, a role he holds within OIT. Board says that these intruders can be anyone—from individuals who purchase hacker toolkits on the dark web, to nation-states interested in Duke’s research. 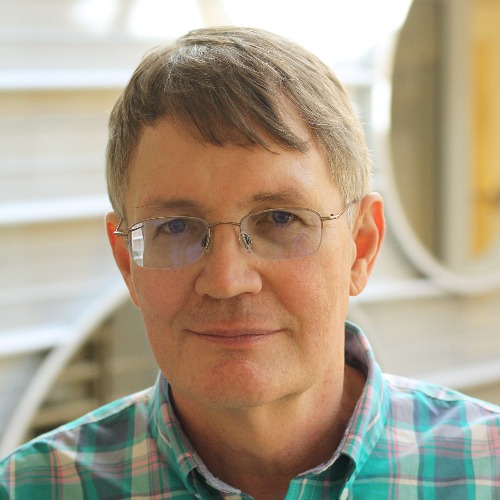 In 2017, a group of five OIT leaders, including Duke’s Chief Information Officer Tracy Futhey as well as Board, conceived of STINGAR following conversations with other universities about perceived weaknesses in their existing commercial cybersecurity tools. Later that year, a particularly aggressive malware campaign showed Duke’s existing commercial security tools blocking around 50 million malicious connection attempts every day; upon switching to the first STINGAR prototype, Duke’s security team increased its blocking capabilities to around 2 billion blocked connections per day. But STINGAR wasn’t developed solely for Duke. From the beginning, it was developed as a shared threat intelligence service, and is now deployed across a consortium of more than 30 schools, ranging from small minority-serving institutions and liberal arts colleges to major research universities.

Some consortium members, like Duke, have a highly capable team of dedicated security personnel, but other have none; a condition of Board’s NSF grant is that STINGAR is developed to be a deployable resource that even the most sparsely resourced institutions can benefit from.

“From Day One our goal was to make STINGAR so easy to use that institutions that have literally zero security personnel can use it. We make assumptions about what is ‘easy,’ but our partnering schools have worked us with us to make sure the products actually are easy to roll out,” said Board.

Duke is now exploring options to allow the STINGAR consortium to thrive and grow beyond its current 30 member schools when the initial grant funding winds down. Testing to date has validated the expectation that as each additional school joins the group, the defenses of all schools in the program grow stronger.

The confluence of IT and faculty research at Duke is unusual, and not limited to STINGAR or even cybersecurity. “Duke is a very special place because our faculty researchers truly welcome and support collaboration with OIT’s network and system operators,” said Futhey. “At any given time, we probably have 8-10 personnel from OIT who are being partially funded by grants led by Duke faculty.”

Once upon a time, we shook open the morning paper or tuned in to the evening news to learn what was happening around the world, and by default believed what we saw or read there.

Now we live in an era of disinformation. Many of us get our news from social media, where it’s not always easy to discern between fact and opinion, or between legitimate news and the fake stuff.

And Duke assistant professor of electrical and computer engineering Neil Gong warns that “friends” on social media aren’t even necessarily trustworthy sources—because in many cases they aren’t real people.

Gong partnered with Chinese social media giant WeChat for a project designed to winnow out fake users on that platform, and he says that bogus accounts make up a huge portion of its user base— they detected around 400K per million new registered accounts each day and achieve a precision of over 96% on average, a number verified by WeChat’s security team.

WeChat has over a billion monthly users, making it an enormous trove of user data. And not all of those users are located in China—many people use the app to connect with family and friends in China, or to conduct business there, prompting concern from the U.S. government and others about how all of that information is collected and stored. Because of the sheer size of its user base, messages spread by multitudes of fake users can easily spread and be amplified. “If software is managing millions of fake users and they’re all saying the same thing, whatever fake thing they’re saying might start trending,” said Gong. He warns that fake accounts can feed users advertisements or even malware in addition to disinformation. 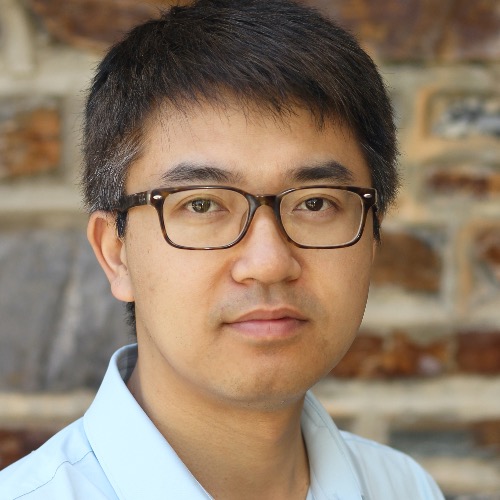 To identify the fakes, Gong developed a machine learning model to identify patterns in a trove of user registration data supplied by WeChat, including IP addresses and information about the type of device from which accounts were registered. A legitimate user would most likely sign up for WeChat from a mobile device, explained Gong, and they certainly wouldn’t sign up for a block of several hundred accounts using the same IP address. Furthermore, WeChat requires a phone number to verify new accounts, so if a single phone number is used to verify many new accounts, it throws another red flag.

"Whenever we apply machine learning to cybersecurity problems we have these kinds of games between the attacker and the defender."

“But let’s say we didn’t catch the fake accounts when they were registered,” Gong said. “We can also look at behavior and content.” If a user is posting every hour around the clock without ever taking time to sleep, for example, it’s a clear indication that some sort of software is managing the account. Or, what if a user associates only with other suspicious ones? “Guilt by association,” pronounced Gong—an attacker probably created many accounts that all follow each other to convey a sense of normalcy. Analyzing these “social graphs” is an area of research that Gong is now delving into more deeply.

But attackers are refining their models as well.

“Think about this,” said Gong. “If attackers know we are using AI to detect them, they can change their behavior, and change their social interactions. Whenever we apply machine learning to cybersecurity problems we have these kinds of games between the attacker and the defender. So our challenge now is to build robust machine learning techniques that can detect fake users even if the attacker changes tactics.”

A lot of computing resources are spent running data from place to place—storing results in memory, fetching that data to the processor to perform calculations, then writing it back to memory. It costs a lot of energy and a lot of time, especially with machine learning applications—in fact, computer engineers refer to the resulting data bottlenecks as the “memory wall.”

“Deep neural networks have to be trained, and all the new data coming in has to be classified. Those are the two main tasks, and they’re very computer-intensive,” said Duke electrical and computer engineering professor Krishnendu Chakrabarty. He and Duke ECE colleague professor Helen Li are partnering with faculty at the Washington State University on an NSF-funded project to design hardware that will help scale this wall. The project deals with processing in memory, or PIM, using non-volatile ReRAM memory technology on crossbar arrays.

Chakrabarty describes the crossbar arrays as 2D matrices like tic-tac-toe boards. Wherever the lines intersect, there is a resistive random-access memory cell, or “ReRAM” cell, that can perform very efficient matrix computations like those used to train machine learning models, make inferences and store the resulting data even after the system powers down.

Their novel computer architectures will advance machine learning, but machine learning is also being used to design the architectures; Chakrabarty and Li apply the same techniques to determine what the optimal configuration of the crossbar array might be—how large, which shape, and how many ReRAM cells will be needed to accomplish a given task.

“In optimization you can weigh different parameters,” explained Chakrabarty. “You can give more weight to speed, or more weight to efficient power use.”

Chakrabarty and Li envision building not just one architecture, but a family of them—including one that is tailored for power-hungry edge computing and one for high-performance computing tasks like tracking weather systems or real-time stock trends, where speed takes priority.

Chakrabarty said that the average consumer might experience these types of optimization strategies in the form of faster devices or longer battery lives. “A self-driving car has been trained to recognize a catalogue of objects and to take corresponding actions,” he said. “But now suppose there a march is happening in the path of the car. The model isn’t trained for that—it’s an exceptional event. You’d have to retrain the model. The work would be done in the cloud and it might take an hour while you wait. But if you have training on the edge, the cloud isn’t necessary. The model could retrain itself and adjust on the fly, without utterly draining the battery.” 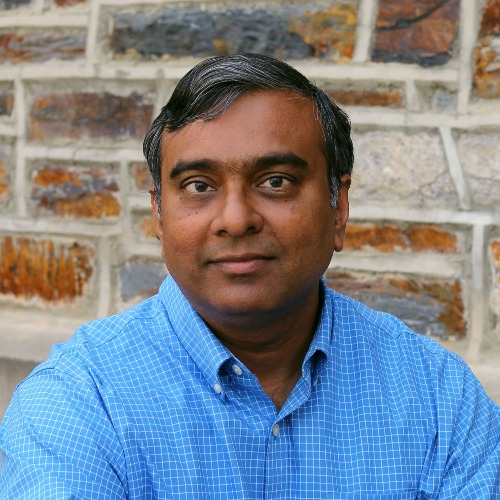 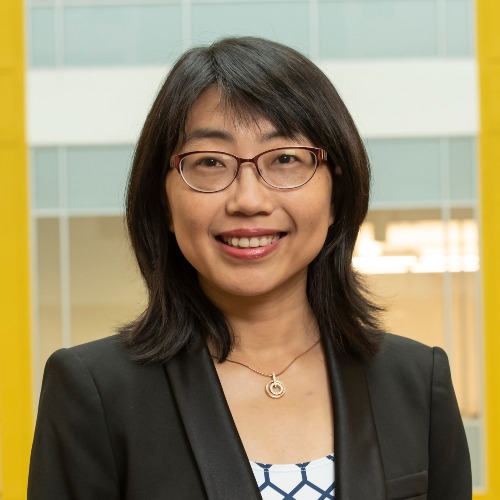 Chakrabarty noted that ReRAM crossbars fail easily, as most immature technology will—so he and Li are building in fault tolerance with layers of software and algorithms that “mask” failures in the memory. “In other words, the system can detect faults and recover from them, and the users don’t see abnormal operations,” said Li.

Li is also interested in quantifying the impact of faulty devices and circuit‐level errors on overall system performance. “Using emulators, we can inject manufacturing defects or circuit malfunctions, and then examine the accuracy of our predictions by comparing them with system performance,” explained Li.

"The system can detect faults and recover from them, and the users don’t see abnormal operations."

“We may be computing with unreliable components, but in the end the computation is highly reliable,” said Chakrabarty. “Even if the components are untrustworthy, you can trust the outcome.”

Chips, also, can fail for all kinds of reasons—they might overheat, the devices and interconnects might age, have manufacturing defects, or even have been deliberately sabotaged. DARPA’s Electronics Resurgence Initiative was launched in 2017 with the goal of reshoring chip manufacturing operations to the US, creating a more reliable and trustworthy supply chain while creating economic impact from a new class of US-made 3D chips.

Demand for these new chips is expected to be huge.

Traditional silicon chips have become very fast indeed—but they’re not going to get much faster due to the physical characteristics of the silicon itself. Replacing the silicon component with carbon nanotubes and using 3D integration of devices and interconnects, however, opens up new possibilities for increased speed and efficiency. The nanotubes themselves act as superconductive channels, letting electrons travel across the chip very quickly, and the nanotubes are packed together tightly, making it possible for each layer to be made extremely thin—just 100 nanometers tall. Logic layers, processor layers and memory layers can then be stacked on top of each other without taking up additional space. It’s like replacing a single slice of plain bread with a juicy cheeseburger slider.

“We think about all the ‘what-ifs’ that could cause a 3D chip to fail—short circuits, open circuits, defects in transistors and ReRAM cells, contamination in the foundry,” said Chakrabarty. His ERI-funded collaboration with faculty at Georgia Tech seeks to insert appropriate design-for-test mechanisms into the new generation of chips, improving yield, system lifetime, and ensuring that their performance can be counted on.